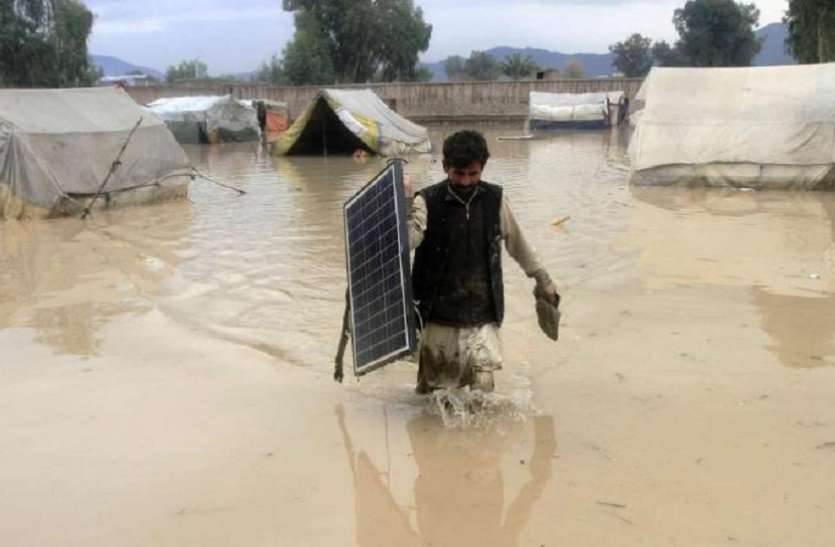 40 Killed And More Than 150 Missing In Afghanistan In Floods

The country’s Meteorological Department had issued a warning expressing the possibility of thunderstorms, rain and floods in a large area.

Kamdish. For the last two decades, Afghanistan has been facing war. Now nature is also wreaking havoc here. More than 80 houses have been completely destroyed by the floods in Kamdish of Nuristan province of the country late on Wednesday. With this, the news of the missing of more than 150 people has come to the fore. This information has been given by quoting the head of the province, Sayedullah Nuristani. It is being told that after the devastation, about 40 bodies have been recovered so far.

read this also: Antibodies start falling after six weeks of getting corona vaccine, the article claimed

The country’s Meteorological Department had issued a warning expressing the possibility of thunderstorms, rain and floods in a large area. At the same time, an early warning report said that more than 3 inches (76 mm) of rain was expected in some areas. According to the forecast, floods have been seen after heavy rains on Wednesday.

According to the data, 2,600 houses have suffered partial and some heavy damages due to floods so far. At the same time, about 3,600 cattle have died. Along with this there has been damage to roads and more than five thousand acres of agricultural land. In May also, the people of Afghanistan had to face floods. After a week of rain, there was a flood situation. Due to this, about 78 people died.