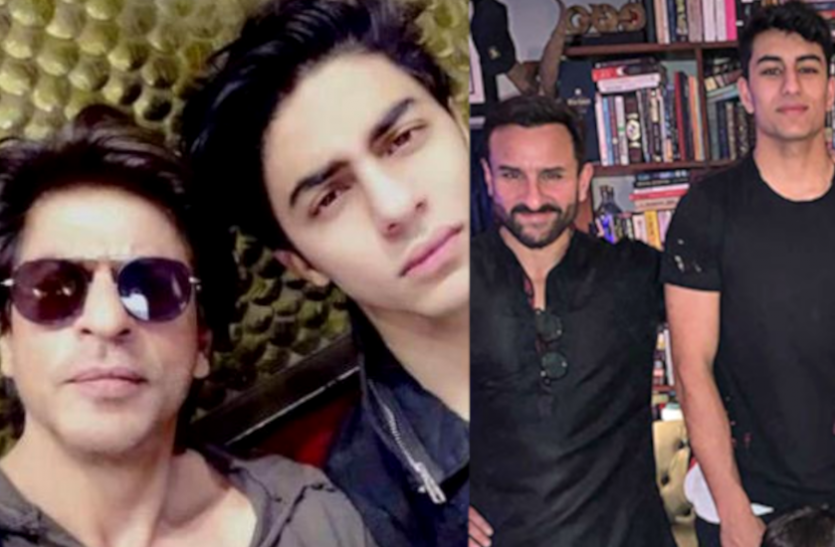 Mumbai. There are some stars in the Bollywood industry whose sons look like them. If you look at the sons of stars like Shahrukh Khan, Saif Ali Khan, Arbaaz Khan, Sunny Deol, it can easily be said that they have gone to the father. On International Father’s Day, let’s know which stars’ sons seem like their fathers-

Aryan Khan, son of Bollywood veteran Shahrukh Khan, has absolutely gone on his father. His facial features are similar to that of Shahrukh. Many reports have said that Shahrukh’s son Aryan does not want to go into acting. He is more interested in film making. He has also done a course in film making from America.

Also read: Such is the relationship between Shahid Kapoor and these stars with their stepfather

Actor Saif Ali Khan first married Amrita Singh. From this marriage he has daughter Sara Ali Khan and son Ibrahim Khan. After breaking up with Amrita, Saif married Kareena Kapoor. He also has two children from this marriage. Ibrahim has grown up now. The features of his face are very similar to Saif Ali.

Actor Anil Kapoor has two children. Daughter Sonam Kapoor is an actress. She is married to Anand Ahuja. Son Harshvardhan Kapoor has also made his Bollywood debut. His first film was ‘Mirzya’. Harshvardhan looks like father Anil Kapoor. His stature and face features match a lot.

Also read: Anushka Sharma wrote a special message for her father and Virat Kohli on the occasion of Father’s Day

Arbaaz Khan married actress Malaika Arora in 1998. He has a son Arhaan from this marriage. Arbaaz-Malaika’s marriage lasted 18 years. Arhaan has also grown up now. Arhaan’s face features are similar to that of father Saif Ali Khan. Although Arhaan currently lives with mother Malaika.

Actor Sunny Deol’s son Karan Deol looks like his father. Karan has made his Bollywood debut. His first film was ‘Pal Pal Dil Ke Paas’. This movie did not last long, but its songs became very popular.