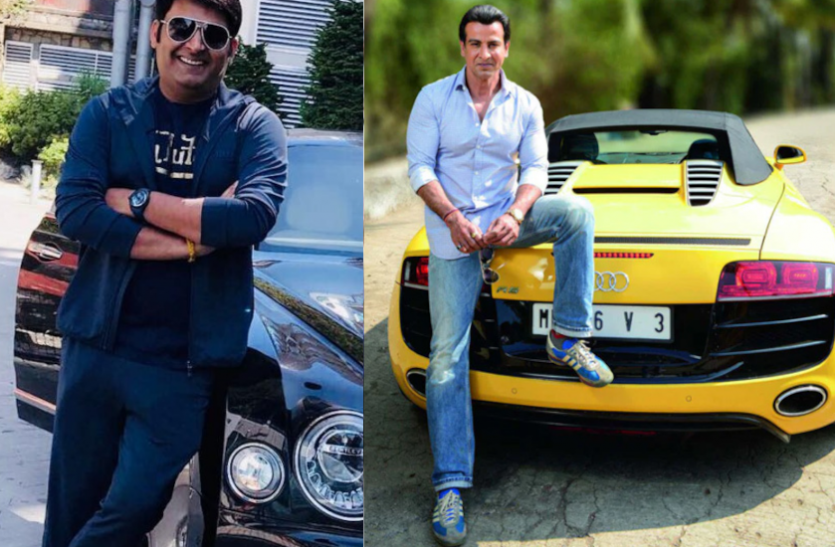 5 Indian TV Celebs Who Own Swanky Luxury Cars – From Kapil Sharma to Ronit Roy, Bollywood stars are shocked to see expensive cars of these 5 TV stars

Mumbai. There is no answer for Bollywood celebs to flaunt their luxury life. Apart from his luxurious house, foreign trip and expensive clothes, he also has more than one cars. However, there are some actors in the TV industry who have such expensive and luxury cars that they are seen competing with Bollywood celebs. Let’s know. Which TV stars have sparkling and expensive cars-

Actor Ronit Roy, who has garnered accolades for his roles in TV and movies, has a convertible version of the Audi R8. The actor has the top model of this car. Its cost is around 2.30 crores.

‘Bade Achhe Lagte Hain’ fame actor Ram Kapoor has been active in the entertainment industry for almost a decade now and is growing steadily. Recently the actor has bought a Porsche 911 Carrera S car. The cost of this car is Rs 1.84 crore.

Actor Asim Riaz, who came into the limelight with ‘Bigg Boss 13’, has a very good following among the youth. Some time ago Asim Riaz bought a luxury car. Asim has left many stars behind by buying BMW 5 Series M for Rs 1.62 crore.

It is said about the most talked about and popular actor-comedian in the world of TV that he lives a better luxury life than many stars. Ajay Devgan, Akshay Kumar have also given information about their big house on the TV show. Apart from having a luxurious vanity car, Kapil owns a Mercedes Benz S 350 which costs around Rs 1.42 crore.

Actor Shaheer Sheikh has been given the responsibility of bringing Sushant Singh Rajput’s character Manav on the screen again in ‘Pavitra Rishta 2’. The number of girls is more among the fans of Shaheer. Shaheer owns a Mercedes Benz C Class Cabriolet. Its price is around 70 lakh rupees.