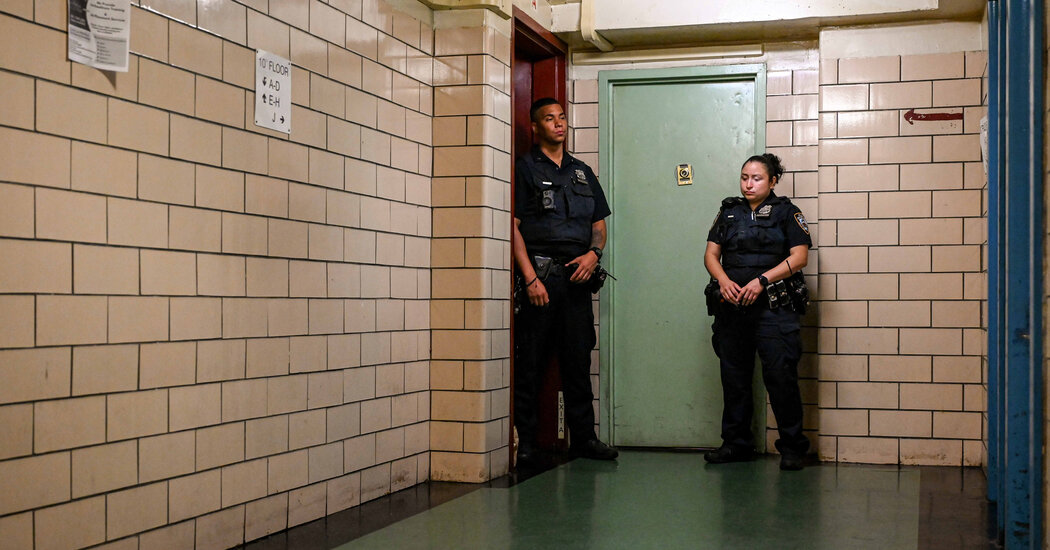 A 7-Year-Old Dies in the Bronx, and Records Show a History of Abuse

As soon as Julissia Batties was born, the city’s child welfare agency took her away from her mother for her safety, court records show.

On Tuesday morning, police were summoned to the Alexander Avenue apartment in the Bronx where the girl lived with her mother and two siblings and found Julissia, 7, unconscious with a head injury. She was pronounced dead an hour later at Lincoln Medical Center.

Police did not provide an official explanation for the girl’s death on Wednesday; investigators were waiting for the medical examiner to determine how she died. There were no arrests, but a police official briefed on the case said the girl’s injuries and the family’s history with child protection authorities raised suspicion.

As Julissia’s life slipped away, her mother, Navasia Jones, 35, told police her daughter fell and hit her head against a desk around 5 a.m. and then began to vomit three hours later, according to police. But there were other unexplained bruises on the girl’s body, police said.

Records show the family have a long history of involvement with child welfare authorities, and police have visited the family’s 10th floor apartment several times in the Mitchel Houses. Michael Roberts, a neighbor, said as late as Friday his girlfriend called the police after seeing Julissia with one black eye.

He said he didn’t open the door right away, but walked into the hallway after a few minutes and saw several emergency medics pumping Julissia’s chest into her room.

He said he saw Ms Jones and Julissia’s older brother, 17, in the apartment and then saw Ms Jones following the workers as they transported Julissia to an ambulance.

Officers have filed at least nine reports of domestic violence involving family and responded to five calls for someone in need of medical attention, according to the police official, who spoke on condition of anonymity to disclose details without authorization and who did not have information on the timing and results of these incidents. Mr Roberts said he spoke to police and Children’s Services Administration social workers on several occasions about the family.

In 2013, the year before Julissia was born, Ms Jones lost custody of her four older children. She lost custody of Julissia shortly after her birth in 2014 in a case that was the subject of a state appeals court decision.

After a family court judge initially granted Ms Jones custody of Julissia, the Children’s Services Administration appealed, arguing that Julissia’s safety was threatened by Ms Jones’ failure and of Julissia’s father, Julius Batties, to exercise a “minimum degree of diligence”. “

In 2015, appellate judges ruled in favor of the child welfare agency, ruling that Ms Jones, despite completing mandatory parenting skills and anger management programs, was still “prone to unpredictable emotional outbursts ”, even during supervised visits with her older children, and was“ easily provoked and agitated ”.

“Until the mother is able to successfully process and recognize the circumstances which led to the removal of the other children,” the judges wrote, “we cannot accept” that the return of Julissia, “even with the safeguards imposed by the family court, would not present an imminent risk “to his life or his health.

Brian Zimmerman, an attorney for Mr Batties who is estranged from Ms Jones, said Ms Jones regained custody of Julissia provisionally around 16 months ago and permanently a few months ago. He said prior to that Julissia had lived with her paternal grandmother and that there had been years of litigation over whether Julissia should live with Ms Jones or the grandmother, some of which were still ongoing.

Mr Batties had opposed Ms Jones’ attempt to regain custody of Julissia, had not seen Julissia or her 1-year-old brother for over a year and was not questioned by police, said Mr. Zimmerman said.

On Wednesday, in the lobby of the building, there was a small memorial for the young girl: a Minnie Mouse stuffed animal, three candles and a bouquet of red and purple flowers.

Upstairs, the girl’s bedroom was visible from the hallway as the police entered the apartment. There was a small bag of books with Mickey Mouse on it, along with a box of Pringles and Elmer glue.

Mr Roberts, 31, said he saw Julissia in the elevator with her mother on Sunday. The girl was wearing sunglasses.