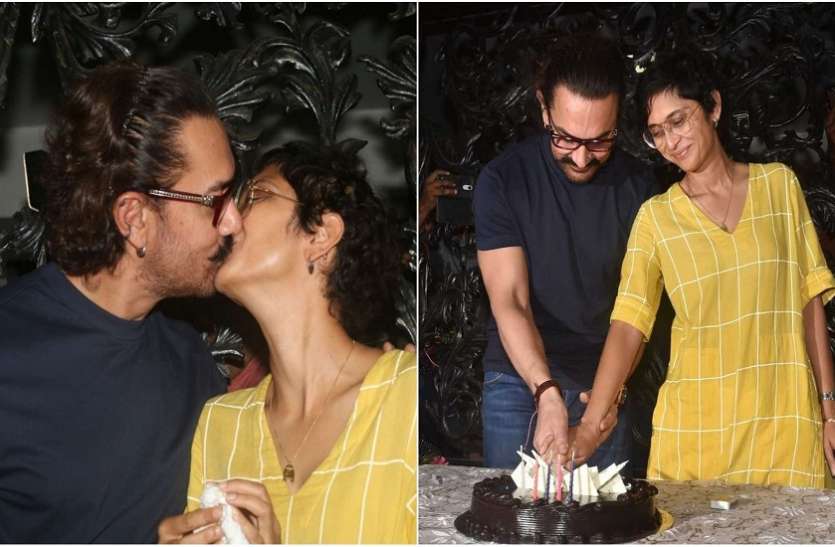 New Delhi. Relationships between actors in Bollywood keep on building and deteriorating day by day. Now known as Mr. Perfectionist of Bollywood, Aamir Khan has surprised everyone by announcing his divorce from his second wife Kiran Rao. He married Kiran for the second time. The two have decided to end their marriage after being together for 15 years. Aamir married Kiran in 2002 after divorcing his first wife Reena Dutta. But now everyone has been surprised by the decision of the two to separate. However, there was a time when both of them loved each other very much. Both did not shy away from expressing love publicly.

Also read: Fatima Sana Shaikh made a big disclosure on the news of affair with Aamir Khan, told the truth of their relationship!

kissed publicly on many occasions
Now even though Aamir and Kiran Rao have decided to go their separate ways, but their romance used to make a lot of headlines. There were many such occasions when both of them publicly kissed each other. Whose pictures used to go viral on social media. Once, on the occasion of his birthday, Aamir had cut a cake by calling all the media personnel at his Bandra house in Mumbai. During this, Aamir did whatever after feeding the cake to Kiran. The pictures of both of them had become fiercely viral.

sung romantic song for kiran
Apart from this, both of them were also seen kissing each other publicly during an award function. At the same time, on his anniversary, Aamir sang a romantic song for Kiran. Be it any Bollywood function, the two were always spotted together. In such a situation, when both announced their separation, everyone was surprised.

First marriage lasted 16 years
Let us tell you that Aamir Khan first married Reena Dutta. Both got married in the year 1986. Both the families were against this marriage. Because both had different religions. After which Aamir and Reena ran away from home and got married. The marriage of both lasted for 16 years. After this, both got divorced in the year 2002. Then Aamir met Kiran Rao on the sets of ‘Lagaan’. For some time both of them fell in love and both decided to get married.