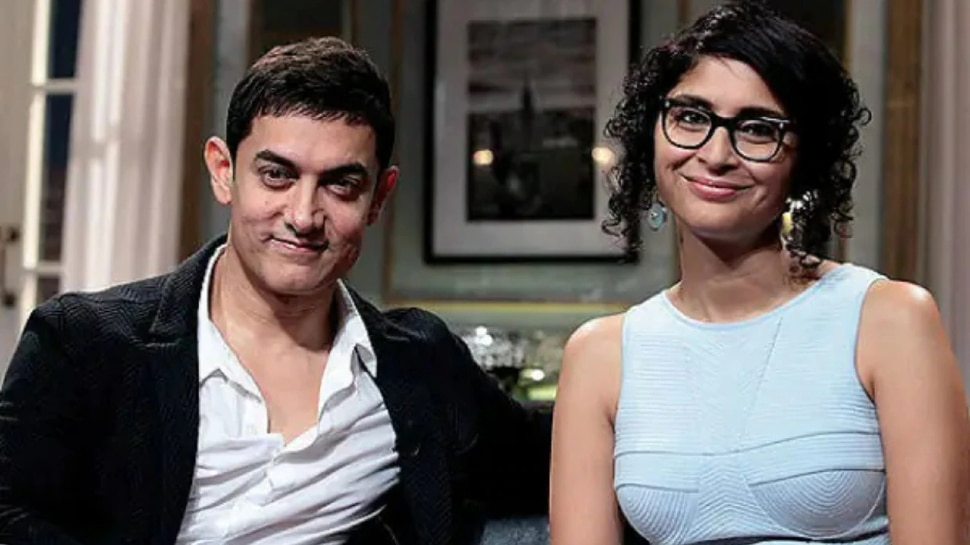 New Delhi: Bollywood actor Aamir Khan and his wife Kiran Rao have announced their separation on Saturday, July 3. Both issued a statement and announced about their divorce. This pair was called the perfect pair of Bollywood, but their separation like this is surprising the fans.

In these 15 beautiful years together we have shared the experiences, joy and laughter of a lifetime, and our relationship has only grown in trust, respect and love, the two said in their statement. Now we would like to start a new chapter in our life. We started a planned separation some time ago, and are now feeling comfortable formalizing the arrangement.’

Met on the sets of ‘Lagaan’

Let us tell you that both of them met in the year 2001 on the set of the film ‘Lagaan’. Kiran Rao, now a film producer, was the assistant director of the film Lagaan at that time. In the year 2002, Mr. Perfectionist of Bollywood i.e. Aamir Khan announced his divorce with his first wife and childhood sweetheart Reena Dutta after 16 years of marriage.

After the divorce of Aamir Khan, his closeness with Kiran Rao increased. Kiran supported Aamir a lot and then both of them decided to unite. Aamir Khan and Kiran tied the knot in 2005. On several occasions during the 15 years of their marriage, Aamir called Kiran his best friend and they acted as each other’s support whenever the need arose.

Kiran Rao is from royal family

Kiran Rao may be identified in your eyes as Aamir Khan’s second wife, but you will be surprised to know that Kiran belongs to the royal family. Not only this, she is the maternal sister of Bollywood’s famous actress Aditi Rao Hydari. Let us tell you, Kiran Rao’s grandfather Raja J Rameshwar Rao was the king of Wanaparthi. Wanaparthi now comes in the state of Telangana.