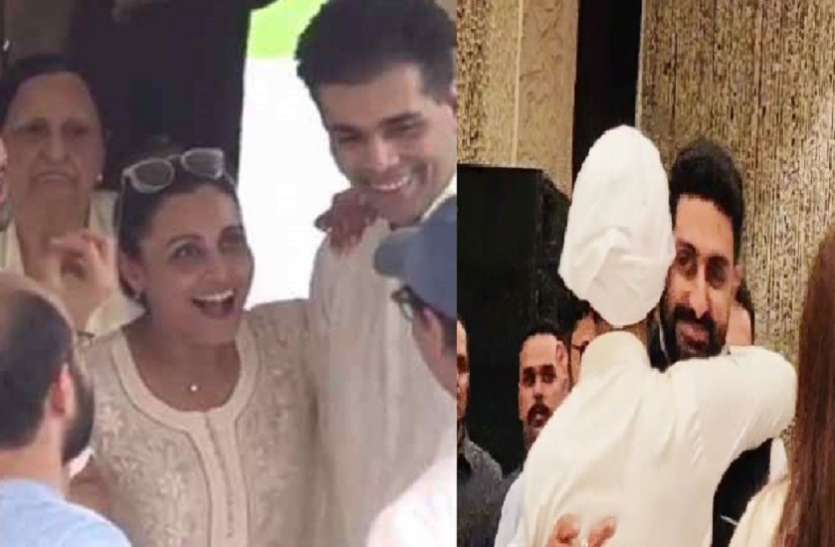 Aamir to Kareena trolled after smile at funerals praye

New Delhi. Stars in the Bollywood industry have always been known for their stylish looks and a world full of glamour. Seeing his style, the fans also stay connected with him. But in the midst of this glare, the stars do such things that they leave their image in the eyes of the people. Fans always keep an eye on their every activity, whether they go to a big event, or on someone’s condolence meeting, the fans are trying to understand their feelings too. And during this time, celebs make such mistakes which become the reason for their trolling. Especially after joining social media, the distance between fans and stars has reduced so much that anyone can say anything to anyone.

The Bollywood industry plunged into mourning after the death of Dilip Kumar. In the meantime, Shah Rukh Khan also reached his house to express his grief, but during this time the fans got angry after seeing his jeans t-shirt and his sunglasses. Everyone called such feelings of Shahrukh Khan as fake. However, this is not the first time that pictures of stars have not gone viral between funerals and condolence meetings where they are seen laughing or smiling.

After the death of Amitabh Bachchan’s brother-in-law and Shweta Bachchan’s father-in-law Rajan Nanda, the Bachchan family reached Delhi to pay tribute to him. Where the smiling face of Abhishek Bachchan came out. During this, people had fiercely criticized Abhishek. People had even asked him whether he had come to pay tribute to the condolence meeting or whether he felt that it was a reunion party.

Kareena Kapoor Khan on the death of Manish Malhotra’s father

Sooraj Malhotra, father of famous fashion designer Manish Malhotra, passed away on 18 November. On this occasion many big celebrities of Bollywood came to Manish Malhotra’s house and made their presence felt. In the midst of this, Kareena Kapoor also appeared in a different style. Pictures of Kareena coming out of the house also surfaced. Kareena got trolled for one of her actions at Manish Malhotra’s house. Actually, when Kareena came out, Jaya Bachchan and Shweta Bachchan also met at the same time. Kareena met both of them laughing. There was some talk and then both of them went their separate ways. But after this the pictures that came out became the reason for his trolling. Fans were furious to see Kareena laughing in this solemn atmosphere. After which the fans started trolling Kareena.

Is @Asli_Jacqueline insane or just don’t care or don’t realize she is at a funeral ?? smiling as if she is at an award show. If you are not sad don’t visit to show ur USELESS formalities #sridevifuneral #RIPSridevi #Fake #Sridevi pic.twitter.com/1j8tZFm9yE

Bollywood actress Jacqueline Fernandez is in trouble. His smile became a problem for him. Actually Jacqueline had reached Sridevi’s last visit on Wednesday. There his smile became the network of his life. She started getting trolled on social media due to her smile. The mortal remains of Sridevi were kept at the Celebration Club for last rites. The entire Bollywood along with the general public turned up to pay their last respects. Actress Jacqueline also came to see him last. As soon as Jacqueline got down from her car, she greeted the people present there with a laugh. After this some pictures of Jacqueline went viral on social media, in which she is seen laughing.

Stars on the death of Krishna Raj Kapoor

After the death of Raj Kapoor’s wife Krishna Kapoor, the entire Bollywood thronged for his last darshan. Many big stars including Ranbir Kapoor, Kareena Kapoor Khan, Karisma Kapoor, Riddhima Kapoor Sahni appeared to give him Amit farewell. Meanwhile, Rani Mukerji, Aamir Khan, Karan Johar and Ayan Mukerji were seen laughing in the midst of this mourning. This picture became a topic of discussion and these stars were heavily criticized on social media.

On the day of Dilip Kumar’s death, where people were immersed in his grief, on the other hand, the Kapoor family was seen celebrating Neetu Kapoor’s birthday. The pictures of this party became quite viral. Dilip Kumar and Raj Kapoor were good childhood friends and both the families are very close to each other. That’s why people started questioning the Kapoor family whether this party was so important. That I could not express my sadness at the loss of such a close friend.