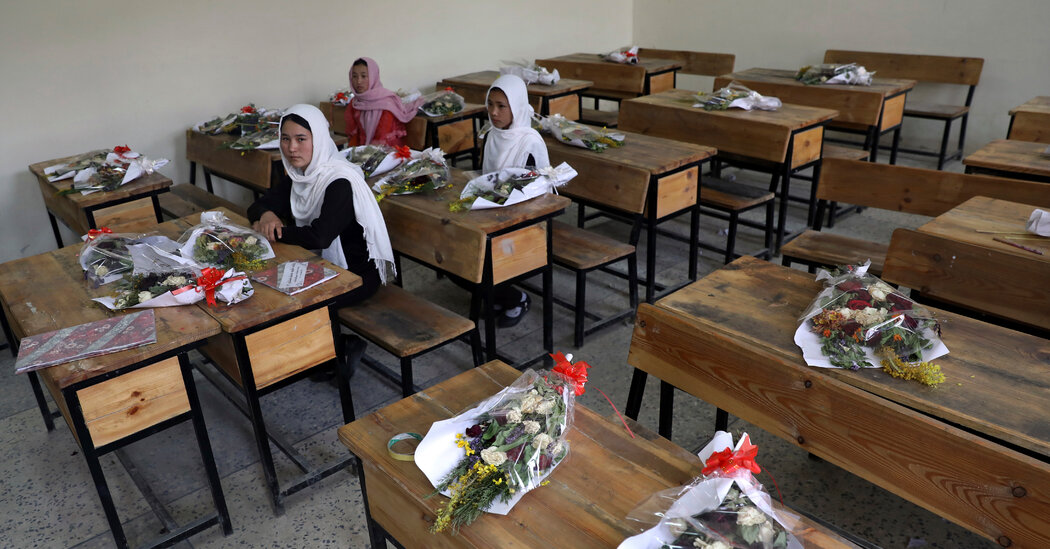 KABUL, Afghanistan – Civilian casualties and rights violations are rising sharply in Afghanistan, human rights groups say, with the Taliban committing the bulk of the crimes as they campaign against the government amid the vacuum left by the departing American forces.

Since the Taliban stepped up their offensive in early May, the United Nations said in a report on Monday, nearly 2,400 civilians have been killed or injured, as many as in the previous four months. The total, the UN said, was the highest recorded for the May-June period since monitoring began in 2009.

The Taliban’s campaign, waged primarily in rural areas, has reached the limits of provincial centers, including Afghanistan’s second-largest city, Kandahar, where thousands are fleeing as fighting encroaches on urban neighborhoods. Insurgents now control more than half of the country’s districts but have not captured any of Afghanistan’s 34 provincial capitals.

What the UN calls “anti-government elements” – the Taliban, Islamic State and others undetermined – are responsible for 64 percent of civilian casualties, the organization said. Government forces were responsible for 25 percent, he said.

Separately, Human Rights Watch said hundreds of people accused by the Taliban of colluding with the Kabul government were arrested by insurgents in the border area south of Kandahar, and some were summarily executed.

“There are serious concerns that Taliban forces in Kandahar may commit further atrocities in retaliation against the government and security forces,” Patricia Grossman, associate director for Asia at Human Rights Watch, said in a statement. .

In one of the murders, a 17-year-old named Nangialy who once worked for the police was kidnapped from the family car west of Kandahar on July 9 and shot dead by the Taliban, his uncle Mohammad Yousuf said. .

The family was fleeing the fighting, Yousuf said, when Taliban fighters stopped their car.

“His mother cried out to them to spare him,” Yousuf recalls. “She said to the Taliban, ‘My son is innocent; he left the police station two months ago ‘and that she has only two sons. She begged the fighters, “For God’s sake, don’t take it away from me.”

A local imam tried to intervene, volunteering as surety for the boy, but to no avail, the uncle said.

“A talibé came and told his friends, who were arguing with the imam, that he was done,” Yousuf said. The teenager received 11 bullets.

The UN report said 46 percent of all civilian casualties for the period January to June involved women and children – 32 percent boys and girls and 14 percent women.

A series of US airstrikes in recent days have slowed the Taliban’s advance on Kandahar. A senior US general said on Sunday evening that the strikes would continue.