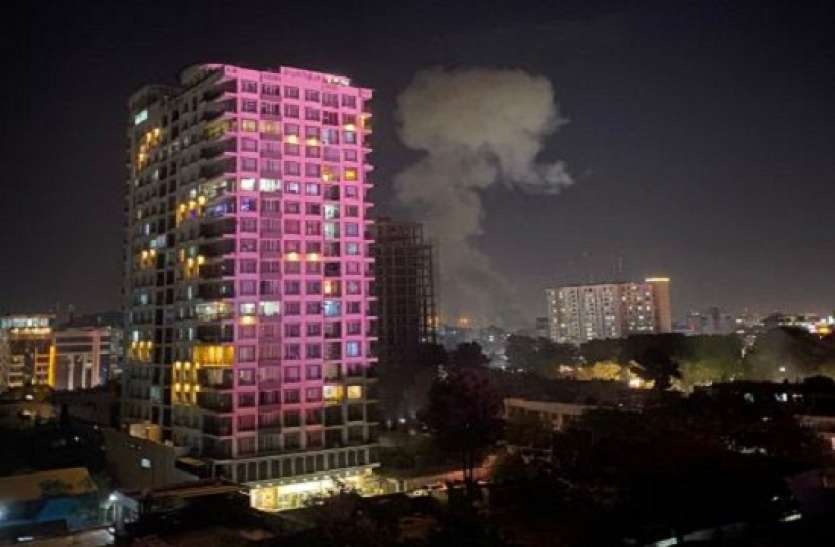 Explosion outside the residence of the Afghan Defense Minister, the result of the attack with a car bomb, after four hours of firing, four attackers were killed

New Delhi. Once again, Afghanistan was shaken by the bomb blast. A car bomb exploded in Kabul on Tuesday. It is being told that according to local time, this attack took place at 8 pm with a car bomb.

After the blast, there was firing between Afghan security forces and the attackers for about 4 hours. Four attackers have been killed in this shootout. At the same time, the Afghan government has appealed to India to save it from the Taliban.

Afghanistan | Sporadic gunfight is heard at the blast scene and some gunmen have entered the defense minister’s house: TOLOnews quoting sources

The situation in Afghanistan is becoming increasingly critical. Once again there has been a car bomb attack in Kabul. According to the Interior Ministry, the four attackers involved in the attack were killed by Afghan security forces.
The blast took place near the home of General Bismillah Mohammadi, the Defense Minister of Afghanistan. According to Afghan media, there was a lot of firing from both sides after the blast.

According to local media, the car bomb attack targeted a guesthouse that belonged to caretaker Defense Minister Bismillah Mohammadi. The Defense Minister was not there at the time of the blast. The attack took place in Shirpur area of ​​District 10 of Kabul.

#Afganistan: A car exploded by a bomb blast near the house of Afghan Defense Minister and gunmen have entered his house in Kabul, Afghanistan.pic.twitter.com/FJYzbMXq8H

TOLO posted video from near the site of the attack in Kabul.

Let us tell you that violence in Afghanistan has increased rapidly in the last few days. The Taliban have intensified their offensive against civilians and Afghan security forces.

Also read: Taliban is going on the offensive in Afghanistan, Afghan army in a state of confusion

appealed to India
Afghanistan has appealed to India to save it from the Taliban. External Affairs Minister Mohammad Hanif Atmar spoke to his Indian counterpart S Jaishankar. During this, he cited the rapidly deteriorating situation in war-torn Afghanistan by attacks by the Taliban and foreign terrorist groups. He called for an emergency meeting of the United Nations Security Council.