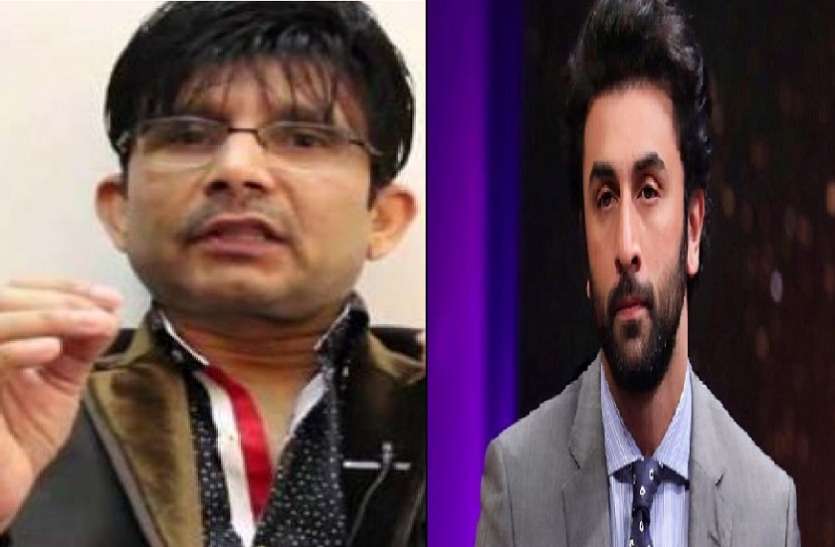 New Delhi. Bollywood actor and director Kamaal R Khan is often in the news for his flamboyant rhetoric. Most of the Bollywood stars remain in his target. Recently, he has messed with Salman Khan, Mickey Singh, Kangana Ranaut, after which he has now targeted Ranbir Kapoor. While tweeting to KRK’s Ranbir Kapoor, questions have been raised about his character, which is becoming increasingly viral on social media.

nowadays #RanbirKapoor Elder sister #KanganaRanaut is on target! Kangana is revealing Ranbir Kapoor’s pole in gestures and telling the world, how big is Ranbir! This is what I would say to Ranbir, why do you try Bhai Saheb everywhere! Take control somewhere, my brother!

Kamal had earlier messed with Salman Khan, after which Dabang Khan filed a defamation case. And after the order from the court, KRK has deleted all the videos posted against Salman Khan. Till now the matter of differences with Salman was not completely resolved that the actor has targeted Ranbir Kapoor.

Recently, KRK has spoken about Ranbir’s personal life while making a controversial tweet against Ranbir Kapoor. KRK has written by tweeting that nowadays Ranbir Kapoor is on the target of Didi Kangana Ranaut! Kangana is revealing Ranbir Kapoor’s pole in gestures and telling the world, how big is Ranbir! This is what I would say to Ranbir, why do you try Bhai Saheb everywhere! Control it somewhere, my brother!

However, there has been no response from Ranbir Kapoor to KRK’s tweet. This tweet of KRK is becoming increasingly viral on social media. On which fans are also commenting in different ways.

KRK has messed up with Kangana

Kamal R Khan had recently called Kangana’s films a flop while targeting Kangana Ranaut. He wrote that director Madhur Bhandarkar had made a film on Indira Gandhi and Emergency like Indu Sarkar, which even the dog was not ready to see.

On the other hand, if we talk about Ranbir Kapoor’s workfront, the actor does not have a big project yet. In such a situation, now the fans are waiting for the film Brahmastra. Which is expected to release this year.