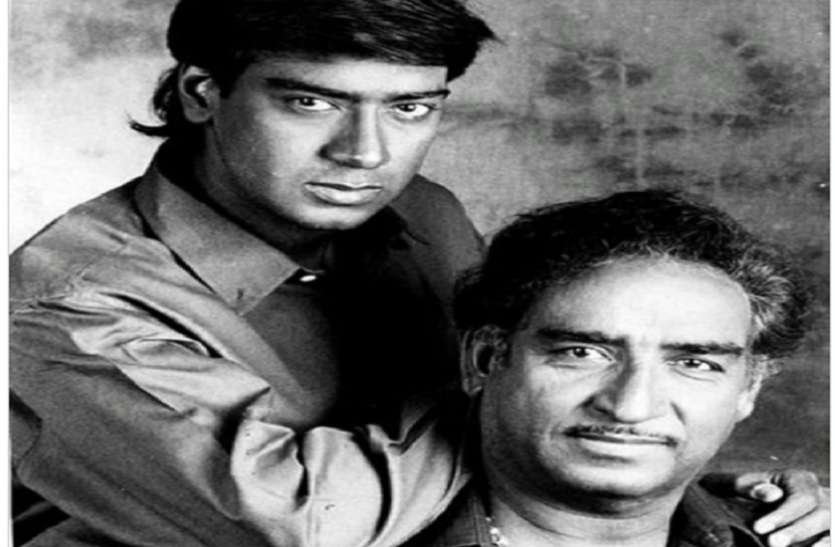 New Delhi. Bollywood actor Ajay Devgan is very active on social media along with films and he also stays connected with fans by sharing his posts through social media. He has shared one such heart-wrenching post today i.e. on Friday, remembering his father Veeru Devgan on his 87th birth anniversary.

Read More:- Why Sunil Grover did not want to do Gutthi’s role, explained the reason behind it

I miss you everyday. More so today. Happy birthday Papa. Life hasn’t been the same since. pic.twitter.com/EVEMnwOUnH

Sharing this emotional post, Ajay Devgan wrote on the caption that- ‘I miss you every moment. I am doing more today. Happy Birthday Papa. Life is no longer like it used to be.”

Veteran actor Dharmendra also got emotional after reading this post as soon as he shared this post. Replying to Ajay’s post, he wrote, “Ajay, love you my baby. Stay happy, healthy and strong. Your father was my most loving companion. He will always be remembered with great love and respect. Take care of yourself.” “

Thank you Dharamji for your love. Papa & I both loved you. And, I continue to do so. Respects to you Paaji🙏🙏🙏🙏 https://t.co/k83fUjah2c

Ajay Devgan’s father and famous action director Veeru Devgan was associated with films for a long time. He died of cardiac arrest on 27 May 2019. Veeru was one of the oldest action directors and stuntmen in Bollywood. Veeru Devgan has appeared in many superhit films like ‘Satte Pe Satta’, ‘Swarg Se Sundar’, ‘Dus Numbri’, ‘Mr Natwarlal’, ‘Kranti’, ‘Ram Teri Ganga Maili’, ‘Aakhri Rasta’, ‘Mr India’. He had contributed by doing action choreographer in more than 80 films like ‘Phool Aur Kaante’, ‘Ishq’. In 1999, he made ‘Hindustan Ki Kasam’ as a director-producer.