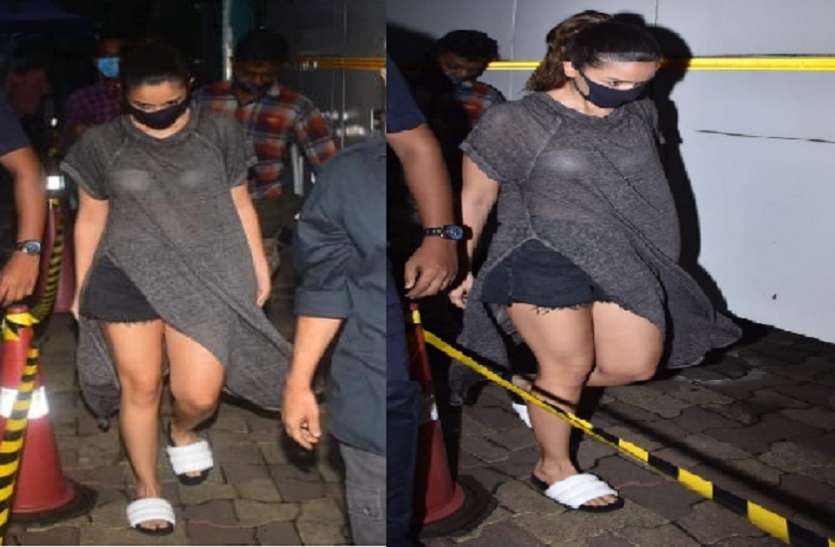 Alia Bhatt was spotted in a transparent dress late at night, users started trolling after seeing the look

New Delhi. Alia Bhatt is one of the actresses in the Bollywood industry who started her film career at the age of just 18. Alia has made her mark in the industry in a very short span of time. She has won the hearts of everyone with her acting in superhit films like Student of the Year, Raazi, Udta Punjab, and Dear Zindagi. At the same time, Alia remains in the headlines because of her performance. More than that, she becomes a victim of criticism from her words or any other things. One such sight was seen recently.

Alia Bhatt was very busy these days shooting for the film Gangubai Kathiawadi, apart from this she is also shooting for another film. And during this shooting, when she was returning back to Mumbai on Friday evening, the photographers standing nearby were surprised to see her look. During this, Alia wore a long tunic top and black shorts.

As Alia is always on top in terms of fashion. But sometimes in order to look more attractive and trendy, Alia sometimes carries such outfits, due to which she gets trolled. In the picture going viral, Alia was wearing a tunic top transparent, so that everything inside was clearly visible.

Seeing Alia in this outfit, a crowd of fans started gathering along with the photographers. After which Alia’s bodyguards somehow pulled out Alia from the crowd and took her to the car. Seeing this look of Alia, a user started commenting – Someone said that ‘If you had to wear transparent only, didi wear a bikini.’

On the work front, Alia will also be seen in films like ‘Gangubai Kathiawadi’, ‘RRR’, ‘Brahmastra’.