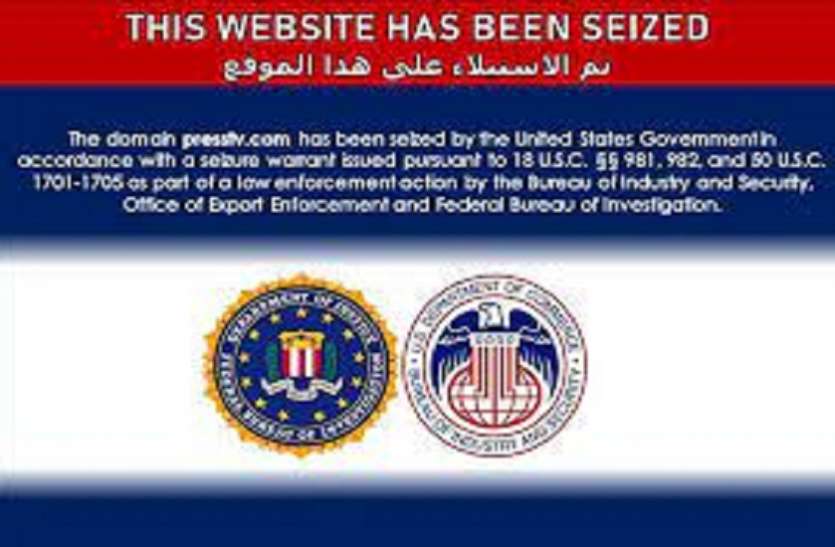 This is a tough step in the face of rising tensions between the US and Iran. The US government has also taken possession of the domain name of the Palestine TV news website.

Read More: How effective is the mixing of corona vaccine?

This is a tough step in the face of rising tensions between the US and Iran. The US government has not yet made any official announcement in this regard.

This message is coming on opening websites

According to media reports, an alert has been issued by the US government on visiting these websites. It states that the action against the website is legal. With this, the US government has also captured the name of the Palestinian TV news website domain. This website promotes the ideology of Hamas and Islamic Jihad operating in Gaza. The same notice has been given on this website as well.

Last year, the US Justice Department announced that it had blocked nearly 100 websites of Iran’s powerful Revolutionary Guard. According to the US Department of Justice, these websites are running a ‘global propaganda campaign’. Their purpose is to influence the policies of America and propagate wrong messages of Iran.

Efforts have intensified to renegotiate the historic 2015 nuclear deal with the aim of controlling Iran’s nuclear program. On Sunday, there was a discussion between Iran and diplomats of five powerful countries of the world. This includes America as well. Several diplomats who attended the meeting told that the issues they talked about need to be approved by the governments of the respective countries.