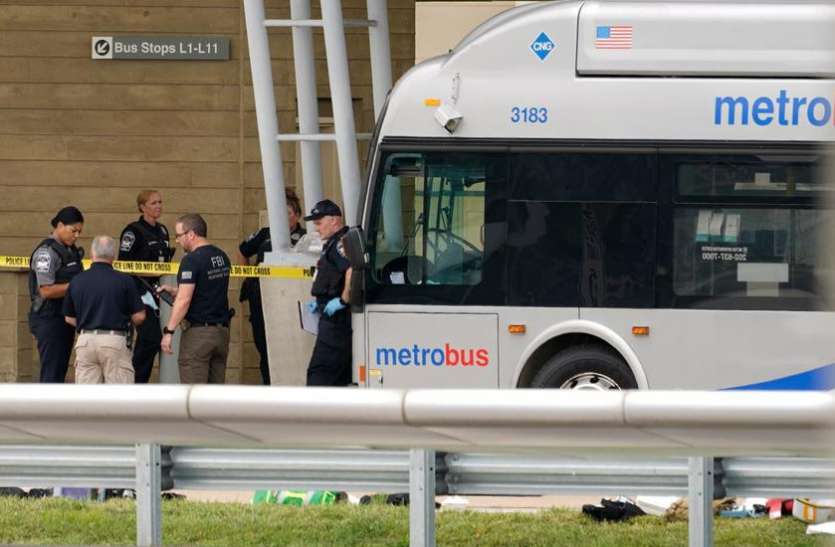 There has been indiscriminate firing at a metro station near the Pentagon, the headquarters of the US Department of Defense. A police officer has died in this incident. The suspect has been shot dead.

New Delhi. There has been indiscriminate firing at a metro station near the Pentagon, the headquarters of the US Department of Defense. The Pentagon is considered the safest place in the world. A police officer has died in the incident that took place on Tuesday morning. It is a matter of relief that the suspect has been shot dead. According to a Defense Department spokesperson, the entire area has been cordoned off following the firing incident near the Metro bus platform.

Pentagon area sealed after firing
The Pentagon has been temporarily closed after several gunshots were heard near the transit center. Along with this, the public has been advised to avoid traveling to this area, as it is considered unsafe. The Pentagon Force Protection Agency (IST) tweeted, The Pentagon is currently on lockdown due to an incident at the Pentagon Transit Center. We are asking the public to avoid the area. According to a Defense Department spokesperson, the decision was taken following the firing incident near the Metro bus platform. However, the lockdown was later lifted. Corridor 2 and Metro entry point will remain closed. Corridor 3 is open to pedestrians.

Also read:- Center had sent expert team to Kerala, the returning members told why the corona explosion happened there

Firing took place during President’s meeting
According to a report, US Defense Secretary Lloyd Austin and Joint Chiefs of Staff Chairman General Mark Milley were meeting with President Joe Biden at the White House when the shooting incident took place. It is being told that one of his journalists present near the building heard several gunshots. This incident near the Pentagon, the headquarters of the US Defense Ministry, has once again raised questions on security.

Also read:- Narendra Modi will create history on August 9, for the first time a Prime Minister of the country will preside over the meeting of the United Nations Security Council

The Pentagon currently is on lock down due to an incident at the Pentagon Transit Center. We are asking the public to please avoid the area. More information will be provided.

Knife had happened in the past
Let us tell you that near the Pentagon metro station was also closed in March 2020. Here a man was stabbed to death. The Pentagon Metro station was opened at around 2:30 pm after this incident at 9 pm.