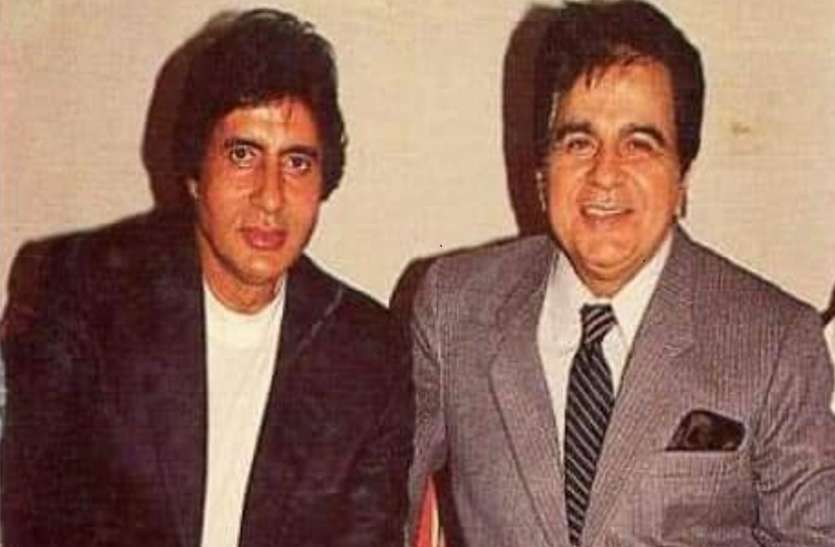 Amitabh Bachchan says that he was quite surprised to see Dilip Sahab in front of him for the first time. Let us tell you that Amitabh Bachchan worked with Dilip Kumar in the film ‘Shakti’. In this film, he appeared in the role of Amitabh’s son.

Something like this was the personality of Dilip sahib

Amitabh Bachchan further writes that ‘The name which was resonating fast at that time. All of a sudden it took shape, on a screen right in front of me… big and in black and white, that name, that scene that often comes to mind… Dilip Kumar. There was something in his presence. When he appeared, everyone else was blurred… When he spoke, you felt it right, sure enough… and you came home with all this… and it stayed with you.

He immediately ran into the streets and reached the restaurant after buying a book. It was good that Dilip sahib was there till then. Amitab Bachchan reached him but he was busy talking to people. He went to Dilip sahib with a book in his hand and told him.. but he did not give any answer.

Amitabh Bachchan did not get autographer

Amitabh Bachchan further explains that Dilip Sahab neither saw him nor his book. After a while he went outside the door. Big B says that the autograph book is in his hand…which is empty. The autograph book was not important at all… His presence was enough.’

Amitabh Bachchan has also mentioned those moments of Dilip Kumar’s last farewell. The actor wrote, ‘I am standing in front of a heap of soil on the earth. just dug out… some garlands and flowers scattered over a pile of mud… and no one around him… he is sleeping downstairs… peaceful and absolutely calm.. his presence was huge, talent Filled with… grand creative visionaries… this best of the best… the last… now reduced to a little mud pile in the grave.. He’s gone. History will always be there… before Dilip Kumar, after Dilip Kumar.

READ Also  At the time of marriage, Zaid Darbar had placed a condition in front of Gauhar, after 7 months said - 'If you do not agree, then the marriage will break'