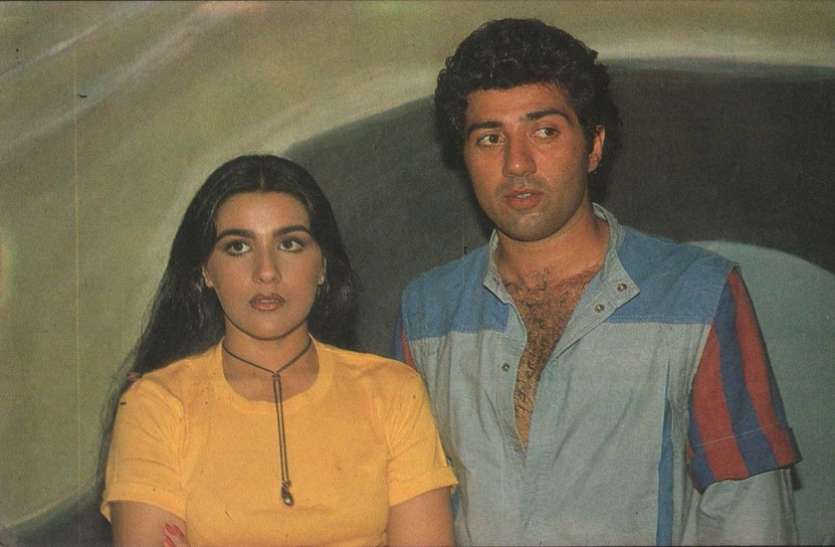 Amrita Singh had fallen in love with married Sunny Deol, due to this the relationship broke up

Also read: When Shahrukh Khan reached the sets of Baazigar in an intoxicated state

love while shooting
Both fell in love with each other during the shooting of the film. But Sunny Deol was already married. His father Dharmendra did not want this to come to the fore before the release of Sunny’s debut film. In such a situation, he asked to keep this matter a secret. Because getting married would have made a difference to his image.

The truth of being married came to the fore
But the talk of Sunny Deol being married could not hide for long. The news of their marriage started coming in the media. When this news spread, it reached Amrita Singh. Amrita broke down after finding out the truth. Sunny and Amrita’s relationship was not acceptable even to their families. Sunny Deol’s mother was against the relationship between the two. At the same time, Amrita’s mother also did not like this relationship. When Amrita came to know about Sunny’s marriage, she immediately broke up with him. It is also said that Amrita’s mother had found out about Sunny’s truth. Because he suspected that he should not cheat on his daughter. In such a situation, he searched about Sunny and he came to know the truth of his being married.

Also read: What is it that Shahrukh Khan has but Amitabh Bachchan does not

Saif Ali Khan’s entry
After the breakup with Sunny Deol, Amrita Singh’s relationship was associated with many celebs. It also includes the name of Indian cricketer Ravi Shastri. But after this, actor Saif Ali Khan entered Amrita’s life. In the very first meeting, both of them were giving heart to each other. Amrita was 12 years older than Saif. But both of them did not let age come forward in front of love and both got married against the wishes of the family members. However, after a few years of marriage, both of them got divorced in 2004. Saif and Amrita have two children, Sara Ali Khan and Ibrahim Khan.