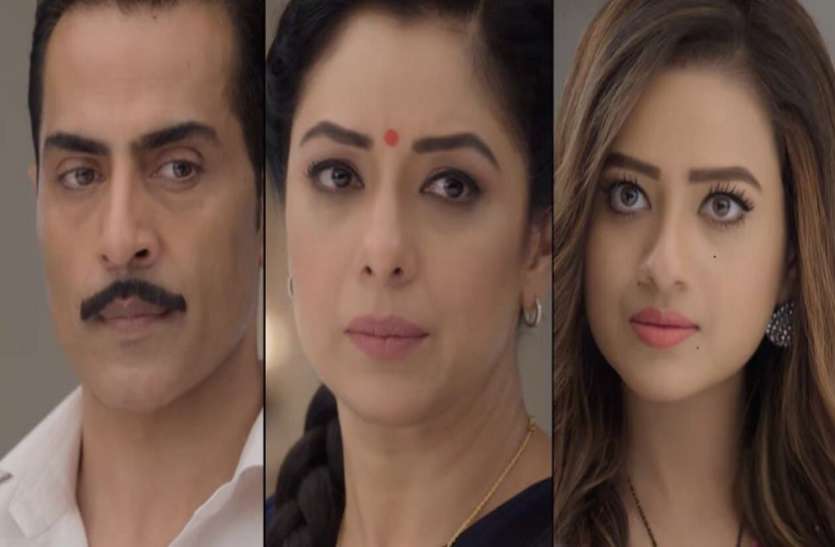 New Delhi. A new track is being given in the show ‘Anupama’. In which Anupama and Vanraj have started their new work. Where on the one hand Anupama has started her dance academy. On the other hand, Vanraj has opened a cafe. Both the dance academy and the cafe are very excited on the very first day of opening. At the same time, Kavya keeps her face as usual. Know what will happen tonight in the latest episode of the show Anupama.

On the very first day of the opening of Anupama’s Dance Academy, many children come to her for admission. Anupama advises the parents of the children to sit in the cafe and drink tea, coffee, but the parents of the children refuse to go. Seeing this Vanraj Anupama gives a small smile. On the other hand, Kavya provokes Vanraj and says that so many children have come to Anupama for admission. If she wanted, she could send people to the cafe. Vanraj tries to convince Kavya. But she doesn’t understand.

Kinchle got furious over shifting the house

Kinchal is upset over the lack of customers at Vanraj’s cafe. But Tosho wants to talk to Kinchle about shifting the house without worrying about it. Hearing this, Kinchal gets angry. Kinchal tells Tosho that she is already upset because of the cafe. Just then Tosh gets a call from the office. On his way to office, Tosho asks Kinchal to come back and talk about shifting home.

Kavya gets furious seeing no one coming to the cafe. Kavya tells everyone that in 2 hours it will be time to close the cafe. In such a situation, it is better to pack everything and close it than wasting time. Anupama interrupts Kavya and advises her to say auspicious. That’s when Anupama gets the idea that if the cafe is full, then people will think that the cafe is good. Anupama advises the whole family to sit at different places. Bow cannot understand Anupama’s idea.

Then Vanraj understands that when there is a gol gappa shop outside the temple. So we always go to him. Where is the crowd the most? Hearing this, Bo gets impressed and taunts and says that marketing degree comes from the mind.

Also Read – Anupama 19th July Written Updates: On the opening day of the cafe, Kavya did a lot of spectacle, challenged Anupama-Vanraj

Kinchal changed the name of Kavya

A lot of time passes by sitting in the cafe, but no one comes. Then Kavya says that no one will come to the cafe. Kavya argues with Bo that if even a single customer comes to the cafe, then change his name. Just then a couple comes to the cafe saying ‘Leela Ka Cafe’. Seeing this, the whole family becomes very happy. Kinchal takes a jibe at Kavya and says what is the name of Champakali. Hearing this, she gets irritated.

Keto Burger magic on the customer

Anupama goes to the cafe’s kitchen and starts making keto burgers. Seeing this, Vanraj asks Anupama if he knows how to make Keto Burgers. Anupama tells that on Pakhi’s birthday, she made a keto burger for some of her friends. Kavya taunts Anupama and tells her not to make Dhokla. To make keto burger. Anupama makes burgers and Vanraj serves it to his first customer. After eating, the customer praises the burger very much. Also the customer asks to pack 6 burgers. Customers describe Anupama as the best chef and say that they will also ask their friends to come to this cafe.

READ Also  After Xbox testimony, Apple tells Microsoft to put up or shut up

Seeing the customer happy, everyone praises Anupama a lot. Kavya gets irritated seeing this. Kavya says let’s close the shop and go. Hearing this, Babu ji advises Kavya to keep good things on Zumba. On the other hand Vanraj asks Anupama about her first day’s earnings. Vanraj proposes friendship to Anupama. Anupama would also raise her hand and make friends. After 25 years of becoming friends, Vanraj and Anupama start laughing.

The next morning everyone gets busy with their work. Anupama is packing food for everyone. Just then Pakhi comes and asks Bo to have breakfast. Then Samar gets furious and asks himself to cook food. Samar and Pakhi start fighting. Then Bow silences both of them and says that Kinchle’s meeting is going on. Just then, Kavya comes to Pakhi and asks her to cook food for him.

Babu ji has tightened his waist to go to the cafe. He comes wearing his old uniform. The whole family becomes very happy seeing this. Babu ji tells that he thought that Leela must have bought utensils by giving clothes. But once again he got a chance to wear it. Everyone gets emotional seeing Babu ji in uniform.

READ Also  Is Zac Efron Married? The truth about his Love life

Kavya refuses to go to the cafe

Vanraj asks Kavya to go to the cafe, but Kavya refuses. Kavya says that she cannot go to cafe everyday. Vanraj says that he is not taking her to the cafe to get the work done. Taking to support. Kavya taunts Anupama after hearing this. Kavya says that Anupama is there to take care of anything in the kitchen anyway.

(Precap- As soon as she goes to the cafe, Anumpa dares Vanraj to earn more than from day one. Vanraj tells that he has always worked. The whole day passes and only one customer comes to Vanraj’s cafe. Seeing which Vanraj becomes sad and thinks that Kavya’s words may not come true.