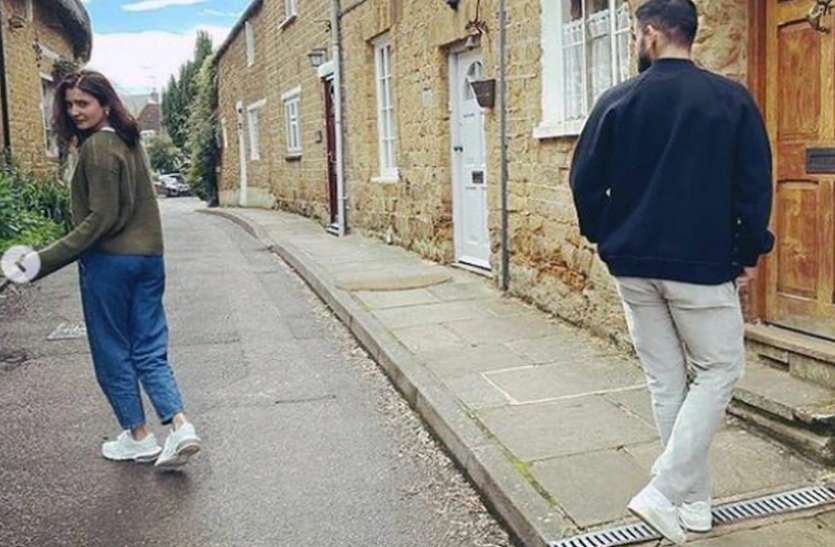 Anushka Sharma and Virat Kohli were seen dancing in the streets of England, the actress posed for a special fan

New Delhi. Bollywood actress Anushka Sharma and her cricketer husband Virat Kohli, who are always in social media, become a topic of discussion whenever they post something. Anushka has posted a whole series of similar pictures from the streets of England, all these pictures of Virat Kohli and herself were clicked at random. All these pictures are telling their own story.

Sharing the picture, Anushka Sharma wrote, ‘Was just walking casually in the city, stroking her hair, during which a fan demanded a photo, she felt very happy, anything for my fans. ….’

On World Emoji Day, Anushka shared her post with Laughing Emoji, the question must be arising in your mind that who is that fan? Actually, that fan of Anushka is none other than her husband Virat, whose entire series of pictures have been shared by Anushka with different captions.

When Anushka and Virat went on a walk to enjoy the pleasant weather of England, Anushka wore jeans and white T-shirt with cardigan, then Virat was seen in light beige colored pants and sweater.

Virat has also given full support to his wife to make the casual walk in the streets of England fun. These pictures and the expressions of both of them are telling the story themselves.