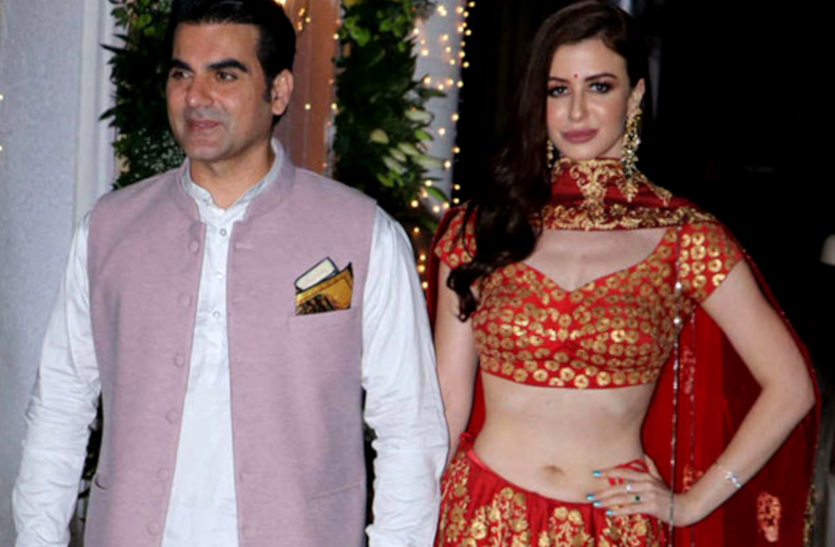 Arbaaz Khan Doesn’t Like Giorgia Andriani Being Called His Girlfriend

Mumbai. Arbaaz Khan is dating Georgia Andriani for a long time. Both have been spotted together on several occasions. However, Arbaaz does not like that someone calls Georgia his girlfriend. In a recent interview, Arbaaz said that being his girlfriend is not the identity of Georgia, he has a different identity of his own.

‘Why should I be written as Salman Khan’s brother?’
Arbaaz further said, ‘It is exactly like you write about me and call me Salim Khan’s son or Salman Khan’s brother. Why? Why would you say that to me except for one point? Everyone should be given their space and identity. He will like it.’

Said this on separation from Malaika
Earlier, Arbaaz Khan gave his reaction on the reaction of people after his marriage with Malaika Arora broke up. Arbaaz said that when their marriage broke down, negative comments started pouring in. They don’t know what kind of situation we went through. Fans follow the couple they like and don’t want them to part ways. But that doesn’t always happen. Arbaaz took the name of Aamir Khan in it and said that recently this happened with Aamir. It doesn’t mean that we are bad people.

Hosts doing ‘Pinch 2’
It is worth noting that Arbaaz Khan’s talk show ‘Pinch 2’ has aired recently. In this, his brother and actor Salman Khan appeared as the first guest. Salman replied to many such tweets in this show, in which he was trolled. In an interview, when Arbaaz was asked why he didn’t invite Salman in the first season of ‘Pinch’, he said that he wanted to achieve success on his own first. Only then should Salman be invited.