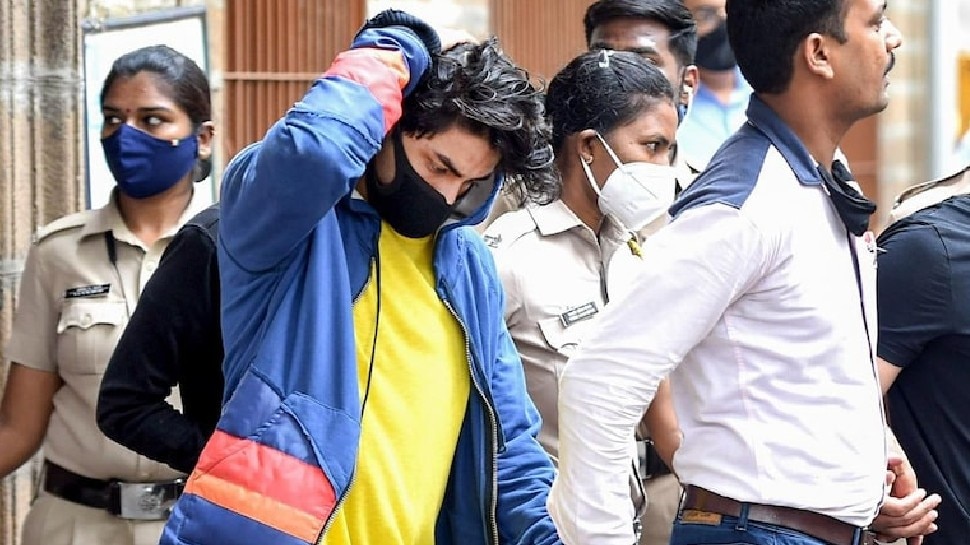 Aryan Khan did not get bail, sent to jail next hearing on 13 july | Aryan Khan’s troubles are not reducing, again no relief

New Delhi: The Narcotics Control Bureau (NCB) had raided a high profile rave party going on in Mumbai on 2 October, after which 8 people were detained. All these were interrogated till 3 October evening after which all the accused were arrested, including Shah Rukh Khan’s son Aryan Khan. The hearing in this matter was held again today. Aryan Khan’s troubles have increased. He did not get bail even today.

Aryan did not get bail

Aryan Khan, son of Shah Rukh Khan, will have to remain in Arthur Road Jail in judicial custody till 13 October i.e. Wednesday. Now the matter will be heard on Wednesday at 2.45 pm. NCB is engaged in the investigation of this matter. Aryan Khan was in the custody of NCB from 3 October to 8 October. His statement was recorded on Sunday i.e. 10 October. Aryan’s lawyer claims that Aryan is the first person who has neither recovered nor consumed any drugs.

Let us tell you, the top sources of NCB have come to know that the news department had already got the news on the rave party to be held in Mumbai. For the last 15 days, the NCB team was preparing for this operation. On Saturday morning, a team of 20 to 22 officers left the NCB office with a search warrant. All the officers were in plain clothes, so they joined the party without any hesitation or doubt. But just before the party started, NCB started investigation. The officers took everyone to the room and there they were thoroughly searched. During this, narcotics were recovered from 8 people, after which all were taken into custody. This action was taken on 3 October.

The name of Aryan Khan, son of Bollywood actor Shah Rukh Khan, is also included in these 8 people. The NCB first interrogated all of them and then on Sunday afternoon, arrested 3 accused including Aryan under the charges of being involved in the consumption, sale and purchase of banned substances. According to the NCB, 13 grams of cocaine, 5 grams of MD, 21 grams of charas and 22 tablets of MDMA besides Rs 1.33 lakh in cash were seized from the accused. At 6:30 pm, all the three accused were produced in the Fort Court of Mumbai, from where NCB got the custody of 1 day. After this the other 5 accused were also arrested by NCB.

Let me tell you, there was no special room book in the name of Aryan Khan at the party place. However, the organizers had kept a separate complimentary room for Aryan Khan and Arbaaz Merchant. As soon as they both started going to that complimentary room, only then NCB officials came in front of them and stopped them from going inside. When both were searched, nothing was found with Aryan Khan but charas was found from Arbaaz Merchant’s shoes.

When NCB investigated both of them by taking their mobile phones, they found many such chats, in which both were talking about the use of charas. In the interrogation of Aryan Khan, he also confessed to this. According to sources, NCB also knew in advance that Aryan Khan and Arbaaz Merchant have been in constant touch with the drug paddler, whom NCB has been looking for for a long time. That’s why both of them were caught as soon as they went to the rave party.