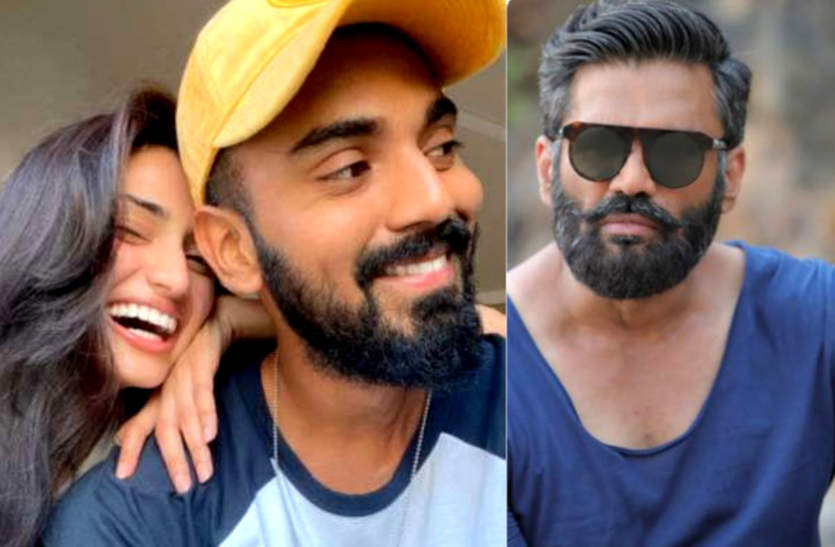 Mumbai. The news of dating between Athiya Shetty, daughter of Bollywood actor Suniel Shetty and Indian cricketer KL Rahul often remains in the headlines. Both often comment on each other’s posts on social media. Both are in the headlines once again. This time Suniel Shetty has also given his reaction about his affair.

‘They are a good looking couple’
Recently, Suniel Shetty told in a conversation with Bombay Times that Athiya is in England with her brother Ahan. They both have gone there on vacation. The actor says that whatever the media wants to ask him, he can ask by talking to him. It is worth mentioning that Athiya and Rahul are the brand ambassadors of an eyeglasses brand. On this, in response to the question on the equation of both, Sunil Shetty said, ‘I think it would be better that you ask this question to them. As far as that ad is concerned, it is an international brand and it has chosen him as the ambassador. I think they both look great together. They are good looking couple, aren’t they? So it is a good thing from a brand point of view. Sunil laughs and says that all I will say is that they look good together in the advertisement.

Also read: Karisma Kapoor made revelations about Suniel Shetty, used to do such acts on the sets of the film

‘I like Rahul very much’
Earlier, Sunil shared a video on his social media in which his sons Ahaan and Rahul were seen together. In the caption of the video, Sunil wrote, ‘My love my strength.’ In response to the question about sharing this video, Sunil said that both my son and Rahul are friends. This message was for both of them. As a cricketer, I like Rahul a lot.

READ Also  Who is Dr. Elvis? is he married? Everything you need to know

Athiya-Rahul’s affair has been discussed for a long time.
It is worth noting that the discussions about Athiya and Rahul’s affair have been going on for some time now. Both have been spotted together many times on different occasions. Seeing the comments of both on social media too, it seems that there is a good bonding between them. Both are in London now.

Named Athiya as Partner
Last month, when Rahul left for London for the World Test Championship final, he had named Athiya as his partner. In fact, before departure, as per the rules, cricketers have to tell that they want to take someone with them. All the players had to give the name of their partner, be it wife or girlfriend. According to reports, Rahul had named Athiya as a partner.