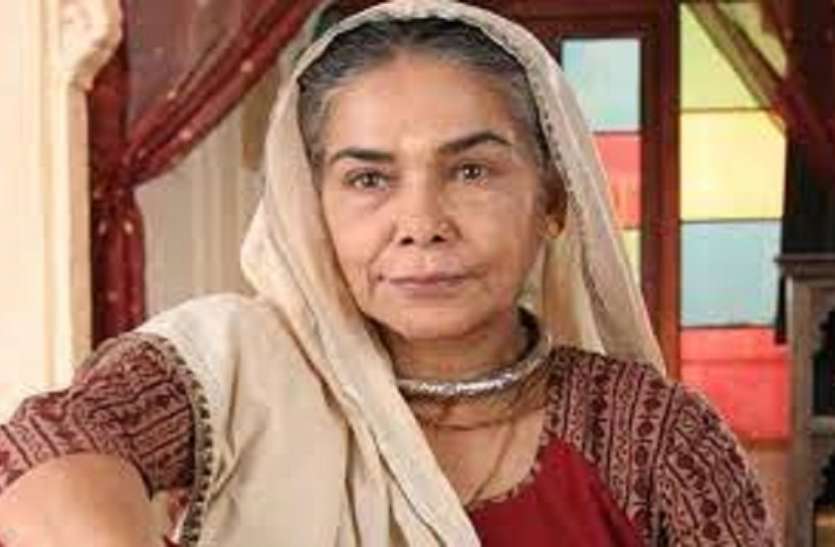 Surekha Sikri Passes Away: There is a wave of mourning in the Bollywood and TV world due to the death of her grandmother Surekha, who is known for her strong voice in the serial coming on the small screen. She had been ill for a long time. He first suffered a brain stroke in the year 2018, after which he had a paralysis attack. Then she went on breaking down completely. After the second brain stroke, she was worried about her health.

During his illness, he was awarded the National Film Award. At the age of 75, he said goodbye to the world. He died due to cardiac arrest. Along with working in the serial, Surekha was seen in the role of ‘Dadi’ in the famous film ‘Badhaai Ho’.
Surekha Sikri’s manager told that he (Surekha Sikri) breathed his last this morning itself.

Surekha Sikri has worked from small screen to big screen. Surekha started her career in 1978 with the political drama film Kissa Kursi Ka. And due to her special acting, Surekha has been awarded the National Award for Best Supporting Actress thrice. He received this honor for the films Tamas (1988), Mammo (1995) and Badhaai Ho (2018). Apart from the National Award, Surekha won 1 Filmfare Award, 1 Screen Award and 6 Indian Television Academy Awards. Apart from Hindi, Surekha also worked in Malayalam films.