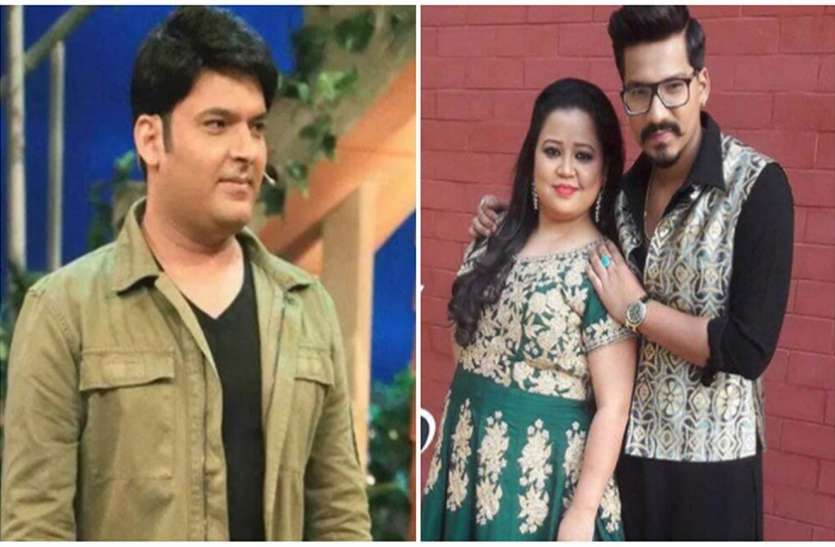 bharti singh hid her relationship with haarsh from kapil sharma

New Delhi. Who does not know the popular TV comedian Bharti Singh today. He has achieved great heights on his own. Today he has a strong fan following across the country. Bharti is as bold in comedy as she is shy in real life. That is why he did not tell Kapil Sharma about himself and Harsh Limbachiyaa for 11 years. Bharti herself had told about this in an interview.

Also read: Bharti Singh’s ordeal, said- event coordinators used to touch inappropriately, did not have the courage to protest

Actually, Bharti Singh and Harsh Limbachiyaa got married on December 3, 2017. Together they worked in shows like ‘Comedy Circus’, ‘Laughter Challenge’, ‘Comedy Nights with Kapil’ and during this time both got a chance to get to know each other closely. At the same time, Kapil Sharma also knows Harsh very well. He considers Harsh as his younger brother. But despite this, Bharti did not tell Kapil about their relationship for many years.

Recently Bharti Singh reached Maniesh Paul’s podcast. Here he made many shocking revelations. She told that she kept the news of dating Kapil Sharma a secret as she is shy and would feel awkward talking about it. That’s why he did not think it right to talk about it publicly. Bharti said, ‘I have a brother’s respectful feeling for Kapil. I feel weird Neither I told Kapil nor Maniesh Paul. I am not at all like that I live and work in Mumbai. I have a boyfriend. I am going to marry her. I didn’t have the courage to say all this.

Bharti further says, ‘Even today if I post photos on social media with Harsh, I feel awkward in front of the family.’ After that Bharti says that she did not tell Kapil Sharma about her relationship with Harsh just because of shame.