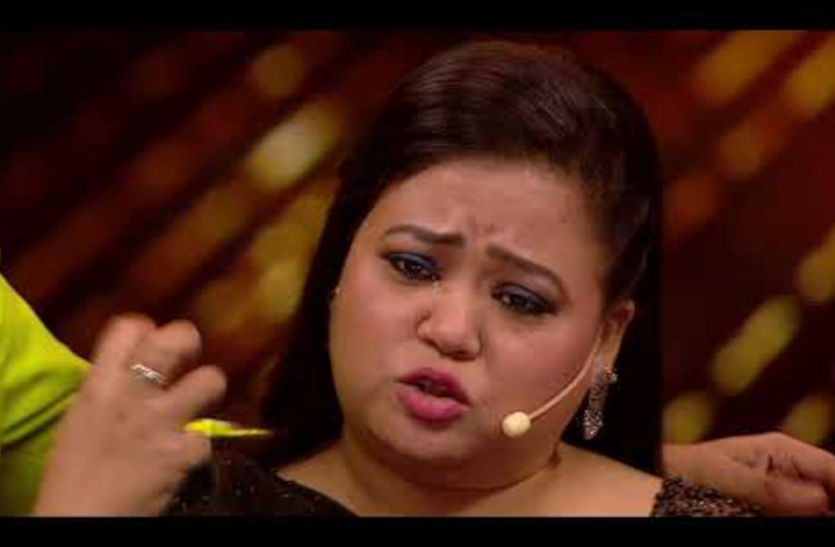 Bharti Singh On Being Touched Inappropriately By Event Coordinatros

Mumbai. Bharti Singh, popularly known as Comedy Queen, has shared experiences related to her personal life in a conversation with actor-comedian Maniesh Paul. Bharti says that while working in the entertainment industry, she was touched inappropriately by the event coordinators. Although Bharti could not resist it at that time, but now she confidently puts people on the wrong behavior.

‘rubbing my hands behind me’
In a conversation with Maniesh Paul, Bharti said, ‘The event coordinators sometimes misbehaved. He would rub his hands behind me. It was not a good filling. But I used to think that he is like my uncle, he cannot be bad. Maybe I am wrong and he is right. Bharti said that she is now beginning to understand that such behavior is not right. She says, ‘I had no understanding about this. Now I have the confidence to fight. Now I can say, ‘What’s the matter, what are you seeing, go out, we are changing now’.

Also read: ‘The Kapil Sharma Show’ to go on air again, will air from August 21!

people used to come home to collect loans
In conversation with Manish, Bharti also told about her childhood experience. He said, ‘I have seen that shopkeepers used to come home to collect their loan. He used to hold my mother’s hand. I couldn’t understand why they were treating my mother like this. Not only did he hold hands, someone once placed his hand on his shoulder. My mother said, ‘Aren’t you ashamed, I have children, my husband has passed away and you are treating me like this?’ At that time Bharti’s mother was 24 years old.

Significantly, after working in the show ‘The Kapil Sharma’, Bharti has started being recognized from house to house. She appears in many reality shows. Recently, she also appeared in Bigg Boss 14 and ‘Khatron Ke Khiladi 10’. Apart from this, she has worked in popular shows like ‘Comedy Nights Bachao’, ‘Comedy Circus’, ‘Comedy Nights Ke Superstars’.