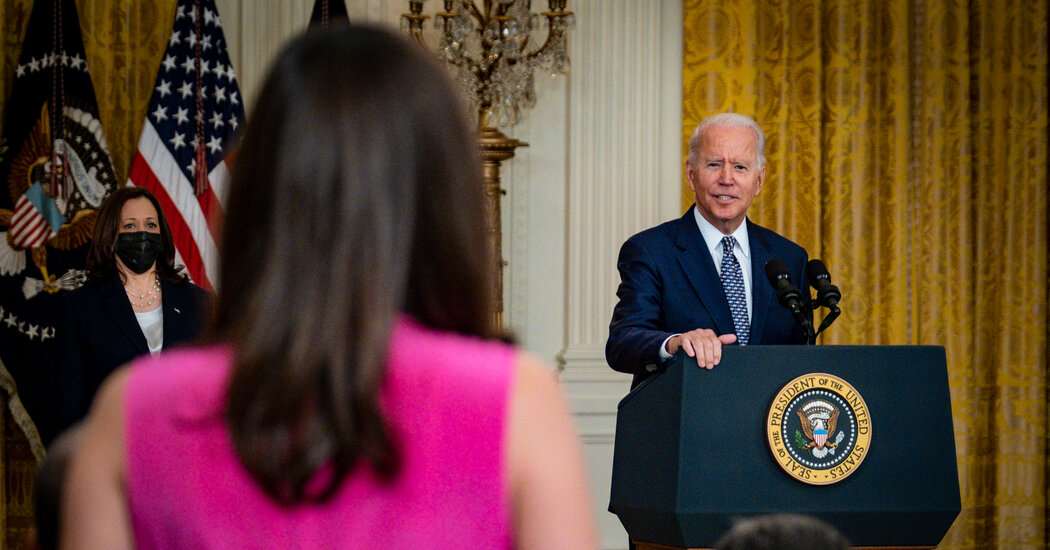 These divisions signal a long task ahead. The 48 Senate Democrats and two independents were due to approve Tuesday night or early Wednesday a budget bill that instructs Senate committees to produce a bill this fall that spends $ 3.5 trillion to expand insurance subsidies. health and health insurance, extending lucrative tax credits to virtually all families with children, funding universal preschool education and two years of free community college, and expanding care for the elderly and children, all financed by tax increases on the rich and on corporations.

Under complicated budget rules, that legislation would then be shielded from Republican obstruction and could pass the Senate this fall without a Republican vote – if all 50 senators who caucus with the Democratic leadership stand together. A single defection would condemn him.

House Democrats have their own problems. House leaders plan to hold a conference call as early as Wednesday with the entire caucus to call for unity and plan the way forward, House Democrats said on Tuesday. The Biden administration has deployed several senior officials to meet with lawmakers, including progressive, black and Hispanic caucuses.

The House passed its own infrastructure bill, which includes more money for climate change mitigation, and nearly $ 5.7 billion to pay for 1,473 residential neighborhood projects, or allocations, which have been reviewed by the House Transportation and Infrastructure Committee.

Oregon Representative Peter A. DeFazio, committee chair and bill mover, wants a seat at the table, not a buffer for the Senate bill – though he said Tuesday that some of its infrastructure demands, particularly on climate change, could move on to the social policy bill.

The White House has sent mixed messages. Just after passing Tuesday, Mr. Biden declared on Twitter: “Great news, folks: the bipartite infrastructure agreement has officially been adopted by the Senate. I hope Congress will send it to my office as soon as possible.

But leaders of the nearly 100-strong Congressional Progressive Caucus backed by Ms Pelosi say they won’t pass any stand-alone infrastructure bills unless and until the Senate approves the priority of the left, all the $ 3.5 trillion of the social policy bill, which would be the biggest expansion of the social safety net since the Great Society of the 1960s.