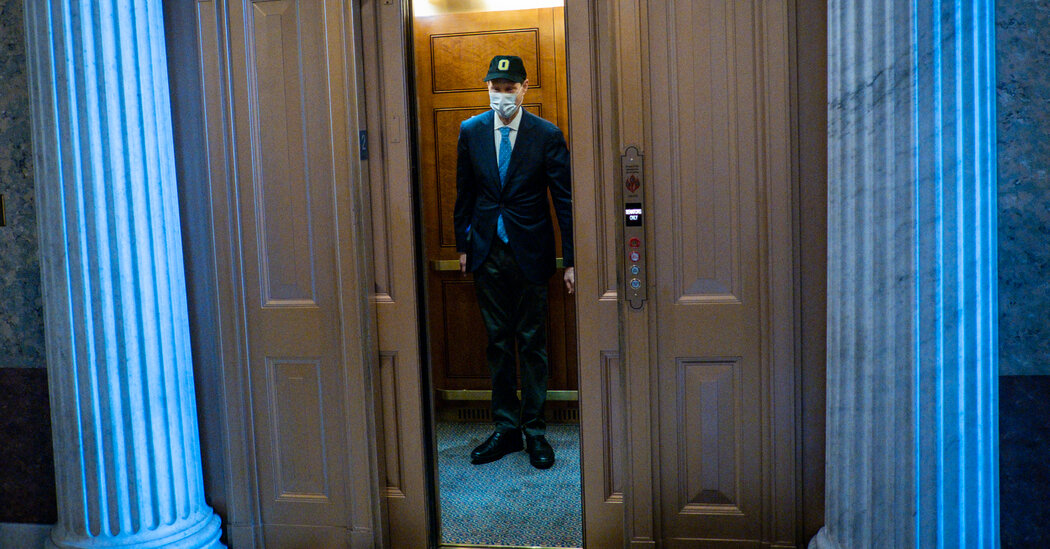 WASHINGTON – The Senate met briefly on Saturday to send President Biden a bill that would revive major transportation programs that ended two days ago and bring back nearly 4,000 furloughed workers. Hours later, Mr Biden signed it.

The rare weekend session was necessary because Congress did not address the expiring transportation schedules when it passed legislation on Thursday to halt the government shutdown. Those reauthorizations were included in a $1 trillion bipartisan infrastructure bill that was set for a vote on the same day, but never came amid deep divisions among congressional Democrats over the measure.

Senators unanimously approved a proposal from Senator Ron Wyden, Oregon’s Democrat and chairman of the finance committee, to end transportation programs for 30 days and lay off 3,700 workers. The stopgap bill, which the House passed by a vote of 365 to 51 on Friday, extends programs through October 31.

Saturday’s vote concluded an intense week in the Capitol, where Democrats have tried and failed to advance a large part of Mr Biden’s agenda. The nearly 100-member Congressional Progressive Caucus blocked a vote in the House on a $1 trillion infrastructure bill that included Biden, Speaker Nancy Pelosi and Senator Chuck Schumer, a Democrat of New York’s sizable $3.5 trillion household. There was a demand to take advantage of the safe passage of the policy bill. York and the majority leader had assured that the caucus would proceed with the infrastructure bill as part of a “two-track” process.

Progressives’ stance forced Ms Pelosi to delay a planned vote on the infrastructure bill and eventually led Mr Biden to back her, saying there could be no vote on that bill until that there is no consensus on a comprehensive social policy and climate measure. has reached.

READ Also  In the UN speech, Narendra Modi did not take the name of Pakistan, China, the BJP MP asked - what is the shame in taking a good name?

In a letter to lawmakers on Saturday, Ms Pelosi urged the infrastructure bill to be passed by the end of the month, and indicated that Democratic leaders would discuss the broader social policy and climate bill with Senator Joe Manchin III of West Virginia and Kirsten III. The conversation continued with Cinema of Arizona, two Democratic holdouts that needed major swing votes to pass legislation in the Senate.

“Again, we will and will soon pass both bills,” Ms Pelosi wrote. “We have the responsibility and the opportunity to do so.”

Ms Cinema issued a statement on Saturday condemning the delay in voting on infrastructure, calling it a “failure” and “extremely disappointing for communities across our country”.