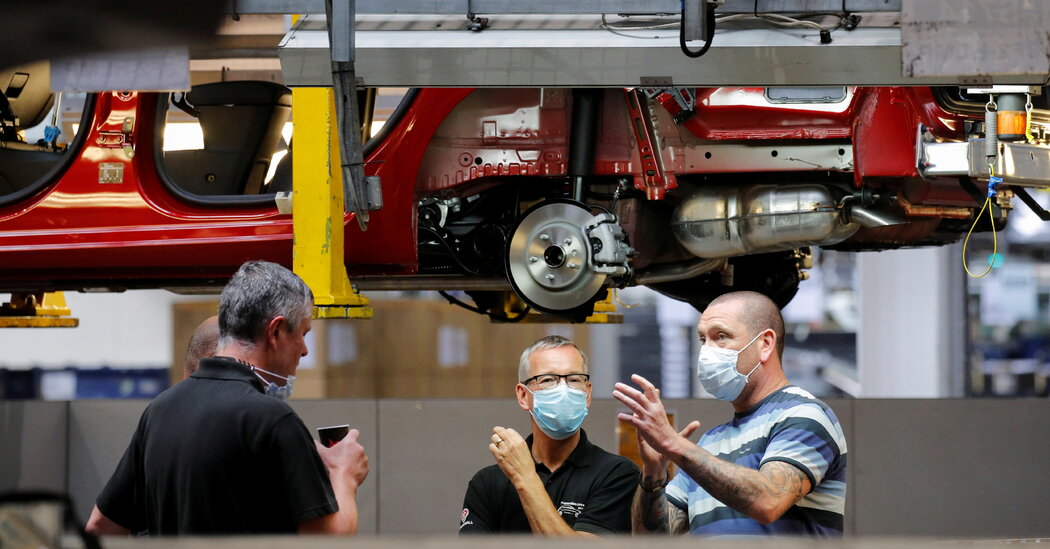 BMW and Stellantis report big jumps in profit as car sales snap back.

The global auto market is rebounding strongly despite shortages of key components such as semiconductors. That was the message on Tuesday from German automaker BMW and Stellantis, owners of Jeep, Peugeot and Fiat, both of which reported sharp increases in profits.

BMW said it made a net profit of 4.8 billion euros, or $ 5.7 billion, in the second quarter of 2021 compared to a loss a year earlier, when the pandemic forced the showrooms of the whole world to close. Sales climbed 43% to 28.6 billion euros, driven by particularly strong increases in China and the United States, BMW said. Sales and profits were higher than in the same quarter in 2019, before the pandemic hit.

Stellantis, resulting from the merger this year of Fiat Chrysler and French car maker Peugeot and Citroën, reported a net profit for the first six months of 2021 of 5.9 billion euros, compared to a loss a year earlier, after an increase in sales of 46 percent to 75 billion euros.

Stellantis’ figures are based on a calculation of what the sales and profits of the combined companies would have been in the first half of 2020, had the merger already taken place. Stellantis has not released quarterly figures.

At the same time, the two companies, which together employ more than 400,000 people, have warned that a global semiconductor shortage continues to disrupt production.

Nicolas Peter, BMW’s chief financial officer, told reporters on a conference call that the chip starvation could reduce production by 90,000 vehicles this year.

This adds to other risks, including new waves from the pandemic, higher prices for raw materials like steel and extreme weather conditions like the flooding in western Germany last month which killed nearly 200 people. “Faced with all of these risks,” said Oliver Zipse, CEO of BMW, “the second half will be more difficult for the BMW Group than the first.”