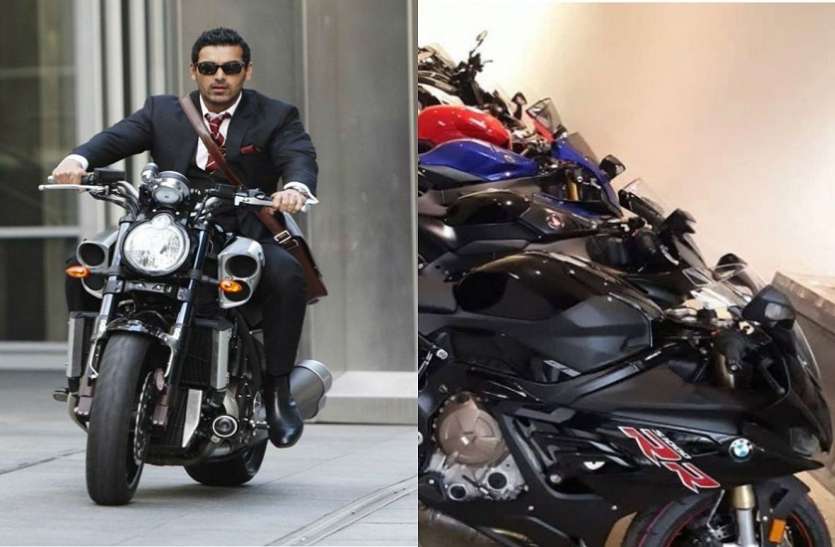 bollywood actors and their expensive superbikes

New Delhi. The craze of films of Bollywood celebs is seen among the people. Celebs earn crores from their movies. In such a situation, he lives a luxury life. They have luxurious bungalows, houses, expensive cars. But there are many actors in Bollywood who have luxury bikes. Many actors love bikes so much that they buy the bike of their dreams by paying a hefty amount. Today we will tell you about such actors who have very expensive bikes.

John abraham
Bollywood actor John Abraham charges crores for a film. In films, he is seen riding many types of bikes. In real life too, he is very fond of bikes. They have a great collection of bikes. According to reports, John Abraham also owns a bike inspired by the American board track racer Suzuki GSX-1300R. Whose price is said to be more than 16 lakhs.

Shahid Kapoor
The name of Bollywood’s Kabir Singh i.e. Shahid Kapoor is also included in this list. He is also very fond of cars and bikes. His favorite bike is the Harley-Davidson Fatboy. This bike looks very muscular. The color of this bike of his is Black and Blue. On which he is often seen walking.

Salman Khan
Bollywood’s Dabangg Salman Khan is one of the expensive actors. He charges crores of rupees for a film. He has more than one vehicle. But he is very fond of bikes. He has a Suzuki Intruder M1800 RZ bike. The cost of which is up to Rs 15 lakh. Another bike is also Suzuki Hayabusa priced at Rs 13.5 lakh.

Siddharth Malhotra
Sidharth Malhotra is counted among the handsome hunk of Bollywood. He has appeared in many films. He started his career with the film Student of the Year. He also charges crores of rupees for a film. He has many luxury cars. Also, he is fond of bikes. He is often seen riding his Harley Davidson Fat Bob.

Also read: When Amitabh Bachchan did lip-lock with a 19-year-old actress at the age of 64

R Madhavan
R Madhavan also has a great bike. He has a BMW K 1500 GTL bike. The cost of which was Rs 24 lakh. Many pictures with his bike also went viral.