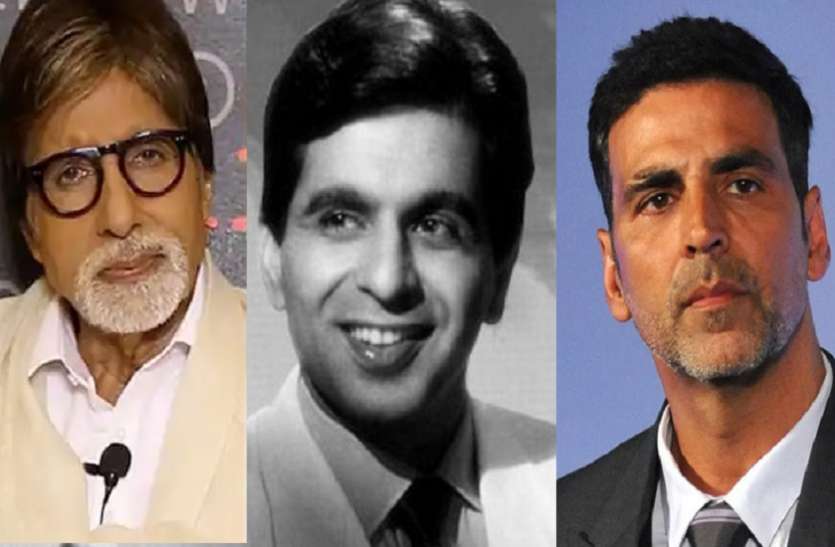 Bollywood Celebs Tweets Condolences On The Demise Of Dilip Kumar

New Delhi. Legendary Bollywood actor Dilip Kumar passed away this morning. He was 98 years old. He breathed his last at 7.30 am today at Hinduja Hospital. On June 29, he had difficulty in breathing. After which he was admitted to the hospital. He had been ill for a long time and was admitted in ICU. Recently, his wife Saira Banu, while giving his health update, said that his condition is stable. But now there is a wave of mourning in entire Bollywood due to his death.

Dilip Kumar’s family friend Faizal Farooqui tweeted and informed about his death. He wrote, With a very heavy heart, I have to say that Dilip Saab is no more with us. Since then, there has been a mourning in the entire industry. Bollywood celebs are paying tribute to him by tweeting.

Amitabh Bachchan
Bollywood megastar Amitabh Bachchan expressed his condolences by tweeting. He wrote, ‘An institution is gone.. Whenever the history of Indian cinema is written, it will always be written ‘before Dilip Kumar and after Dilip Kumar’. I pray that his soul rest in peace and God’s family gets this Give me the strength to bear the pain. Deeply hurt.’

T 3958 – An institution has gone .. whenever the history of Indian Cinema will be written, it shall always be ‘before Dilip Kumar, and after Dilip Kumar’ ..
My duas for peace of his soul and the strength to the family to bear this loss ..
Deeply saddened.. 🙏

Akshay Kumar
Akshay Kumar tweeted and wrote, ‘There may be many heroes for the world. But for us actors, he was a hero. He took with him an entire era of Indian cinema. My thoughts and prayers are with his family. om Shanti.’

To the world many others may be heroes. To us actors, he was The Hero. #DilipKumar Sir has taken an entire era of Indian cinema away with him.
My thoughts and prayers are with his family. Om Shanti 🙏 pic.twitter.com/dVwV7CUfxh

Ajay Devgn
Ajay Devgan has also expressed his tribute by tweeting. He wrote, ‘I have many special moments with Dilip Kumar. Some are very private and some are on stage. He was ready with his mind that he would leave us like this. He was an institution, a timeless actor. Heart broken. Deepest condolences to Saira Banu ji.

Shared many moments with the legend…some very personal, some on stage. Yet, nothing really prepared me for his passing away. An institution, a timeless actor. Heartbroken.
Deepest condolences to Sairaj#DilipKumar pic.twitter.com/Il8qaMOOhf

Sunny Deol
Sunny Deol has also expressed grief over the death of Dilip Kumar by tweeting. He wrote, ‘End of an era, Dilip sahib you will always be remembered.’

End Of An Era!
#DilipKumar Sahab!
You will always be missed pic.twitter.com/wYBdC29qzP

Manoj Bajpayee
Manoj Bajpayee writes, ‘There is no one like you. Have a great journey from here onwards. Greetings. may your soul rest in peace.’

No One like you !!! Have a great Journey from here on Master….

Madhur Bhandarkar
Madhur Bhandarkar wrote, ‘Legend Dilip Kumar sir one of the greatest actors of Indian cinema. Sad to know about his death. He inspired generations of actors and will always be remembered. RIP.’