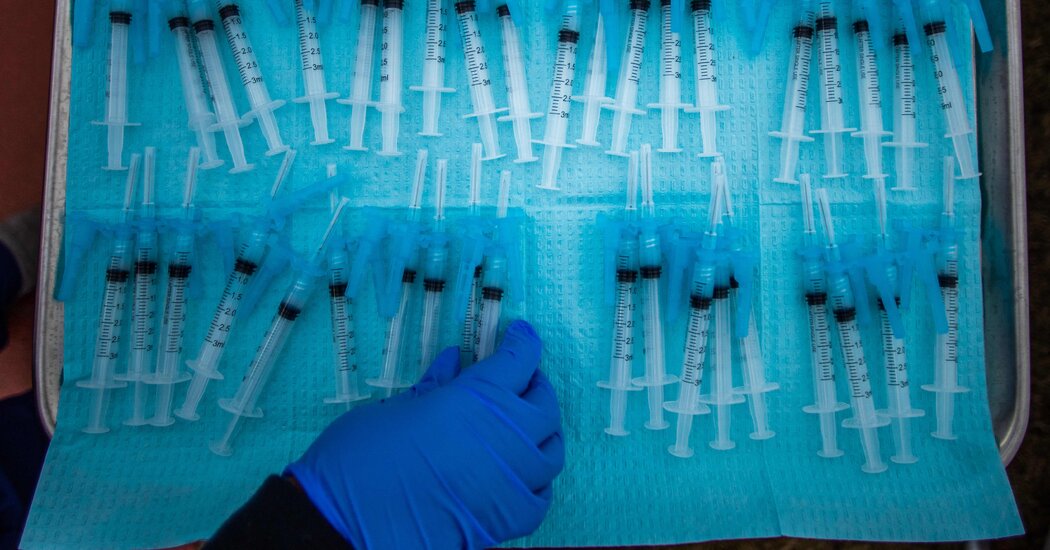 California and Hawaii are stepping up pressure on public and healthcare workers to get vaccinated against the coronavirus.

California health officials on Thursday ordered more than two million health care workers across the state to be vaccinated, largely removing an option to allow unvaccinated employees to undergo regular testing instead. .

In Hawaii, Gov. David Ige on Thursday signed an emergency proclamation that requires all state and county employees to provide vaccination status by Aug. 16 or to undergo weekly testing.

Last week, Gov. Gavin Newsom, a Democrat, included testing as an alternative to inoculation when he ordered state employees and healthcare workers to be vaccinated.

President Biden adopted the same policy when he announced that federal workers would face restrictions and demands, including testing, if they did not get vaccinated.

The California Public Health Officer, Tomás J. Aragón, said the decision to remove the option of testing for healthcare workers was a response to worsening conditions in the state. New cases and hospitalizations have increased dramatically, and unvaccinated healthcare workers have contributed to the increase, Aragón said in the statement.

“An increasing number of healthcare workers are among the new positive cases,” he said. “Recent outbreaks in health facilities have often been attributed to unvaccinated staff members. “

Other states and territories, including New York, Virginia and Puerto Rico, have followed suit, telling their employees to get vaccinated or have regular tests. Connecticut nursing home workers with “direct access” to patients have been ordered to be fully immunized or to have an appointment for the second dose by September 7. New Haven will need indoor masks starting Monday in response to the Delta variant, according to the Hartford Courant.

Calls for immunization mandates among healthcare workers have become urgent, and more and more hospitals and large healthcare systems are requiring employees to get immunized. But there is resistance, including in the nursing home sector, where some facilities say the requirement for vaccines will cost them staff in an area already experiencing high turnover.

The California ordinance not only mentions employees who care for patients, such as doctors and nurses, but also those not directly involved in care, such as security and administrative staff. It allows workers exemptions for medical reasons or religious beliefs, although they must be tested once a week and wear a surgical mask at all times. Workers have until September 30 to be fully immunized.

The ordinance covers workers in hospitals, doctors’ offices, clinics, hospices, and addiction and mental health treatment facilities. Unvaccinated workers without a valid exemption will not be allowed to work, health officials said.

Fully vaccinated people are protected from the worst consequences of Covid-19, including those caused by the highly contagious Delta variant, which is the dominant version in the United States. Almost 79% of California adults have received at least one dose of the vaccine, according to federal data.

In Hawaii, 85 percent of residents 18 and older have received at least one dose, but only 65 percent of them are fully immunized, according to federal data. People under 12 are not eligible for the vaccine.