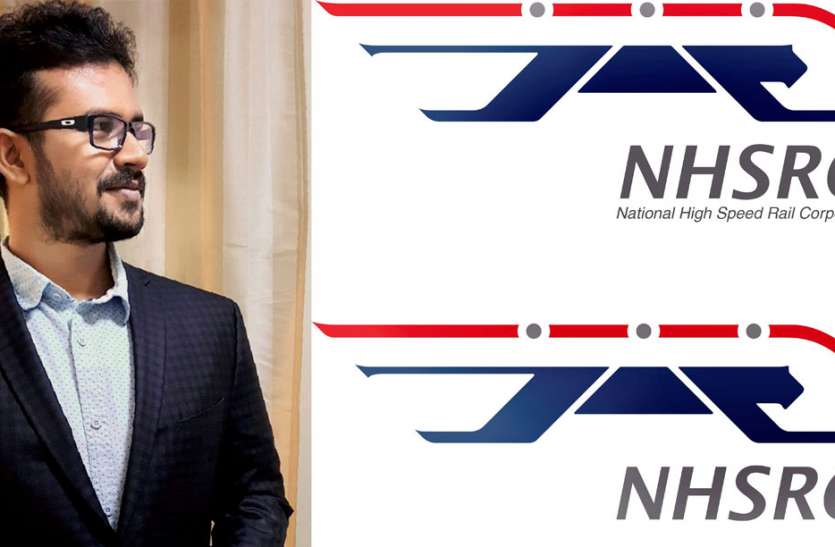 Successful people have tasted failure many times before their victory. Despite the failures, the spirit of not giving up is what sets them apart from the common people. 31-year-old Chakradhar Alla has the same skill to make his failures the ladder of success.

Became ‘logo man’
One of the passions of Chakradhar is designing the logo of a product, service or item. Due to this tune, he is known by the name of ‘Logo Man’ among family and friends. In the year 2017 while studying in the second year at National Institute of Design (NID), Ahmedabad, Chakradhar designed the logo of India’s first bullet train being implemented in collaboration with Japan and also won the competition.

failed in 32 competitions
However, this was Chakradhar’s 33rd attempt at a logo competition. Originally from Andhra Pradesh, Chakradhar had participated in around 32 logo designing competitions in the past three years including ‘Swachh Bharat Abhiyan’ and ‘Beti Bachao, Beti Padhao’. He didn’t get the victory but the experience came in handy. While studying at NID National High Speed ​​Rail Corporation Limited (NHSRCL) announced the ambitious Bullet Train Logo Contest. Chakradhar designed and sent the logo in about four weeks. In June 2017, his designed logo got the first prize.

idea behind the design
According to Chakradhar, ‘I have participated in almost every design competition started on the official portal of the central government. Due to the digital platform, thousands of people are getting an opportunity to prove their worth. Participating in any such competition has become easy. While designing any logo, it is important to keep in mind the guidelines and requirements of the logo. The design should be effective and easy to understand. I have incorporated many aspects of this country’s high speed train in my design. The design is very simple to look at but has deep meanings hidden in it. The deadline of 2023 has been fixed for the start of bullet train running between Mumbai and Ahmedabad. Eagerly waiting for this day. Chakradhar believes that it is necessary to promote innovation and research for the development of the country. He is currently pursuing his PhD from the Indian Institute of Technology (IIT), Hyderabad.

Key Features of the Chakradhar logo
1. A closer look at the logo shows the shape of a train.
2. The logo points to the station and the respective route.
3. The cheetah’s speed is a sign of reliability and trust.
4. The logo displays the map of a conventional train along with the engraved rail network.
5. Blue color is used for trust and red color to show energy and enthusiasm while gray color shows technical proficiency.