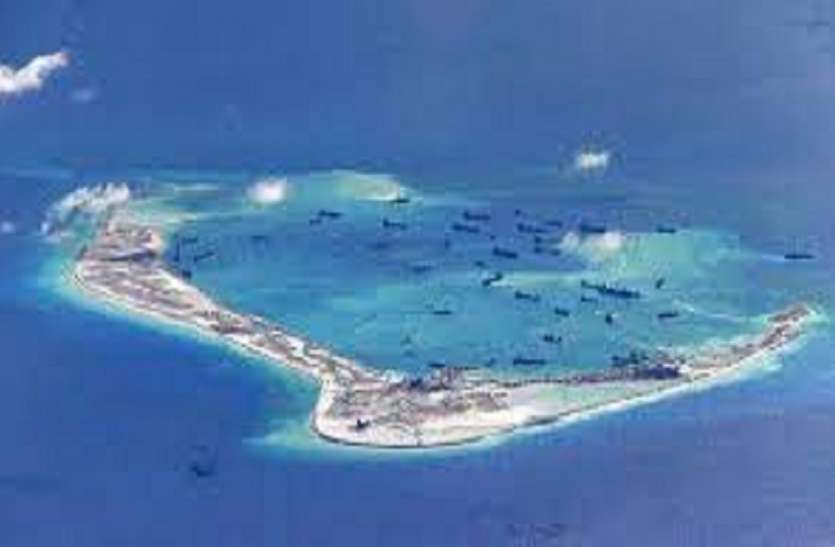 Several fighter and patrol aircraft, heavy transport helicopters and anti-aircraft missiles are visible in the photographs.

Beijing. In the South China Sea, China is constantly showing its grandeur. Recently, photographs taken by satellite have revealed that China is trying to increase the number of weapons on artificial islands. Several fighter and patrol aircraft, heavy transport helicopters and anti-aircraft missiles are visible in the photographs.

Some countries are very angry due to such antics of China, these are Taiwan, Vietnam, Japan, Malaysia, Indonesia, Brunei and the Philippines. China’s dispute with these countries is increasing continuously. Internationally other big countries are ready to come against China.

China wants to strengthen its hold on the region

The Japanese government said in the country’s Defense White Paper 2020 that China was not ending its efforts to make territorial claims in local seas. China is also using the coronavirus pandemic to expand its influence and enhance strategic supremacy.

military base on the island

According to media reports, based on satellite images, it has been told that China has deployed KJ-500 Airborne Warning and Control aircraft at the military base built in the Spratly Islands in May and June. At the same time, in other satellite images, Y-9 transport aircraft and Z-8 heavy transport helicopter have been deployed at the airbase on Subi Reef. A few months ago, China also conducted a major naval exercise near this island. It was also attended by China’s first aircraft carrier Liaoning with its Carrier Strike Group.