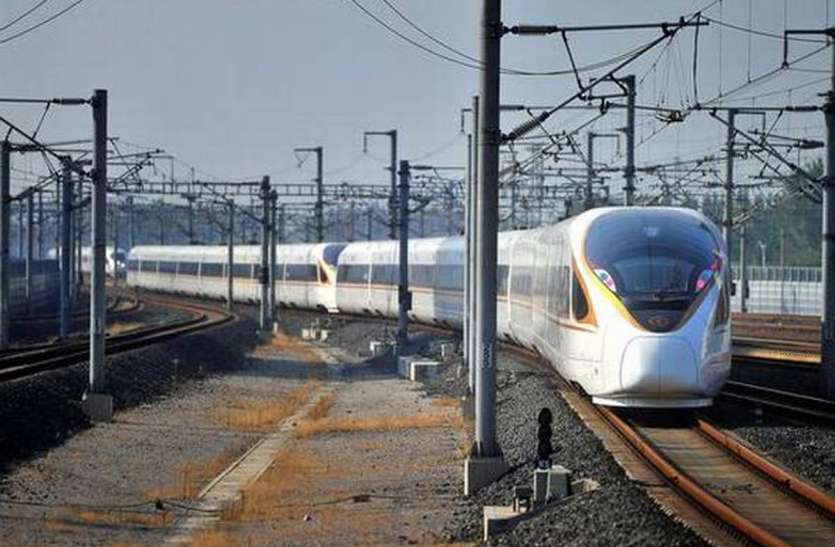 An attempt was made to connect the provincial capital Lhasa and Nyingchi through this train.

New Delhi. China on Friday started its first bullet train service in the remote Himalayan region of Tibet. An attempt was made to connect the provincial capital Lhasa and Nyingchi through this train.

It is a Tibetan border town close to Arunachal Pradesh. The 435.5-km-long Lhasa-Nyingchi section of the Sichuan-Tibet Railway was inaugurated ahead of the centenary celebrations of the ruling Communist Party of China (CPC) on July 1.

According to media reports, the electrified railway opened for the first time in the Tibet region from Friday. It began in the plateau region as a bullet train connecting Lhasa to Ningchi. The Sichuan-Tibet Railway will become the second railway section in Tibet after the Qinghai-Tibet Railway. It will pass through the southeast of the Qinghai-Tibet Plateau. It is one of the most geologically active regions in the world.

In November, Chinese President Xi Jinping ordered officials to expedite the construction of a new railway project connecting Sichuan province and Ningchi in Tibet. He had said that the new rail line will play a special role in protecting the border stability.