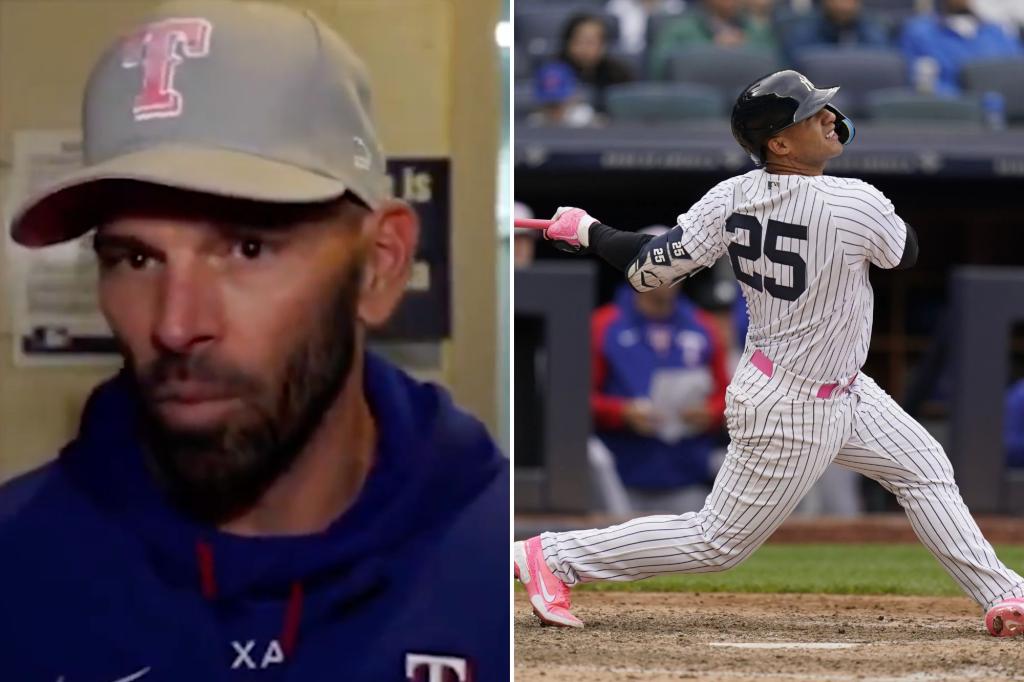 A day after describing Yankee Stadium as a “Little League ballpark,” Rangers manager Chris Woodward continued to walk back his comments.

Woodward’s initial dig came after Gleyber Torres hit a walk-off home run to the short porch in right field during Game 1 of Sunday’s doubleheader, saying it was “an easy out in 99 percent of ballparks.”

While Statcast disagreed, Woodward claimed later on Sunday that he was joking before saying on Monday he regretted his remarks.

“Probably bad words on my part,” Woodward told reporters Monday. “I gave it a layup for a lot of people. But listen, I meant no disrespect, obviously, to this place. And it’s obviously a world-class organization, ballpark. I talk about it as always being like one of my favorite places to come play, but I understand why Yankee fans will get upset about it. That’s why I love them.”

Torres’ homer came off his bat at 106.5 mph and traveled an estimated 369 feet, which would have been a home run in 26 of 30 MLB ballparks, per Statcast.

The Rangers also benefited from a pair of homers to the short porch on Sunday.

“I adore the city. The ballpark is probably one of my favorite places to come,” Woodward said. ”They’ve got a short right field. They always have. Honestly, it was back to the old park. And that’s kind of what makes this place unique in a lot of ways. And hats off to Gleyber. Man, he hit that ball hard.”