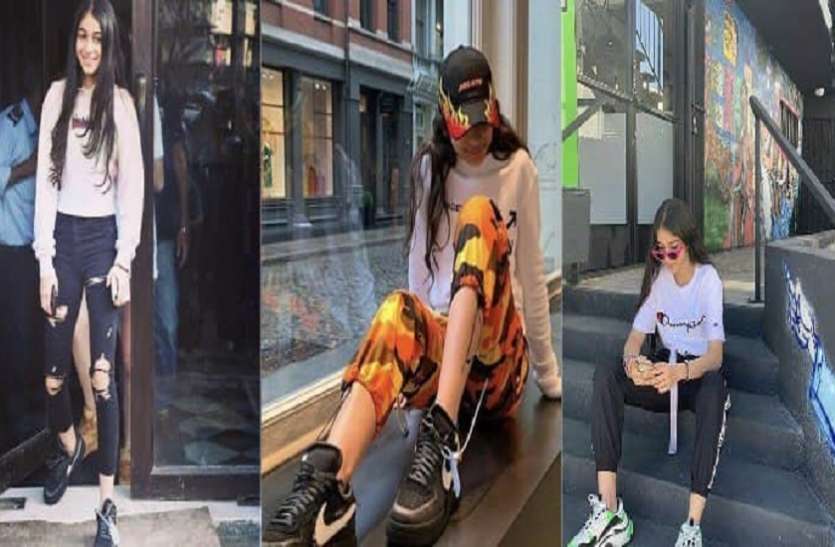 New Delhi. There is a different craze among people regarding Bollywood. People want to know everything about their favorite star. Even people want to keep every update with themselves about the children of the stars. There is also a different craze about Starkids. The craze of fans is also seen on social media. From Taimur Ali Khan to Suhana Khan, all these star kids are everyone’s favorite.

Raisa is the younger daughter of Bollywood actor Chunky Pandey. Ananya Pandey is older than Raisa. Sister Ananya Pandey remains as active in the media. As far away as Raisa lives. This is the reason that people know very little about Raisa.

Raisa Pandey stays away from media

Raisa is very young. Talking about her look, she is quite simple but quite stylish. She’s pretty cute. Raisa is currently concentrating on her studies. This is the reason why he is not active on social media as well.

Also read- Rishi Kapoor did such an act to humiliate Amitabh Bachchan, cold war lasted for a long time

The special thing about Chunky Pandey’s younger daughter Raisa is that she is very interested in sports. Raisa plays sports like Football and Thai Boxing. Often pictures of Raisa keep appearing on social media.

You can guess her ability by seeing these medals visible around Raisa Pandey’s neck.

Not fond of decorating much

Like Didi Ananya Pandey, Raisa is no more fond of dressing up. This is the reason that he has always been seen in T-shirts and lowers. Which makes them cool.

There is a special bonding with Didi Ananya Pandey

Raisa is very close to sister Ananya Pandey. In this picture, the bonding between Raisa and Ananya Pandey can be clearly seen how both are having fun with each other.

Raisa Pandey is fond of food

If you look at Raisa Pandey’s fitness, she looks quite fit, but Raisa is fond of eating a lot. You can find out by looking at this picture.

Raisa Pandey has a great love for animals. Raisa is looking very cute while caressing her dog.

Raisa looks very beautiful while posing in front of the camera with her friends.