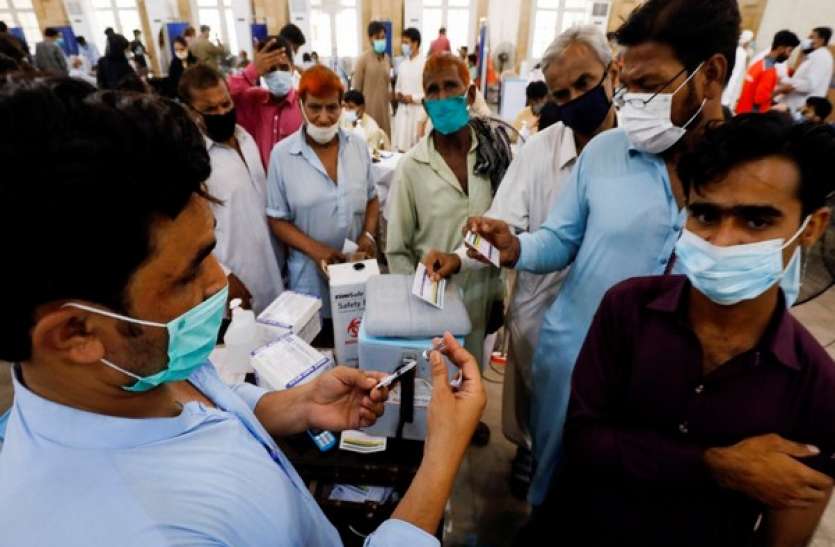 According to the report, it has been warned that if the rules are ignored, the government may be forced to close wedding halls, indoor restaurants and gyms.

Lahore. Pakistan’s Planning Minister Asad Umar said on Friday that due to non-compliance of Corona rules, there are clear signs of the fourth wave of the epidemic. The minister has appealed to follow the Standard Operating Procedures (SOPs).

Umar, the head of the National Command and Operation Center (NCOC) to deal with the corona virus, said that ground reports have revealed that the standard rules of corona are being ignored.

According to the report, it has been warned that if the rules are ignored, the government may be forced to close wedding halls, indoor restaurants and gyms. Asad Umar tweeted that two weeks ago, he warned that our artificial intelligence models are indicating a possible fourth wave threat.

People’s carelessness is the reason for the fourth wave

If we look at the figures of corona virus, 1,737 new cases of epidemic were reported in Pakistan in the last 24 hours. Earlier on June 4, the maximum number of 1,923 cases were reported. A day earlier, Pakistan’s PM Imran Khan had appealed to the public to strictly follow the government’s mandatory Kovid-19 SOP to prevent the virus from spreading. He warned the countrymen about the dangers of the delt variant.

According to Imran Khan, given the current situation in countries like Afghanistan, our country should be alert. There is a severe shortage of oxygen here. The positivity rate in the country has remained more than 3 percent for three consecutive days. Thus, the possibility of a fourth wave remains.