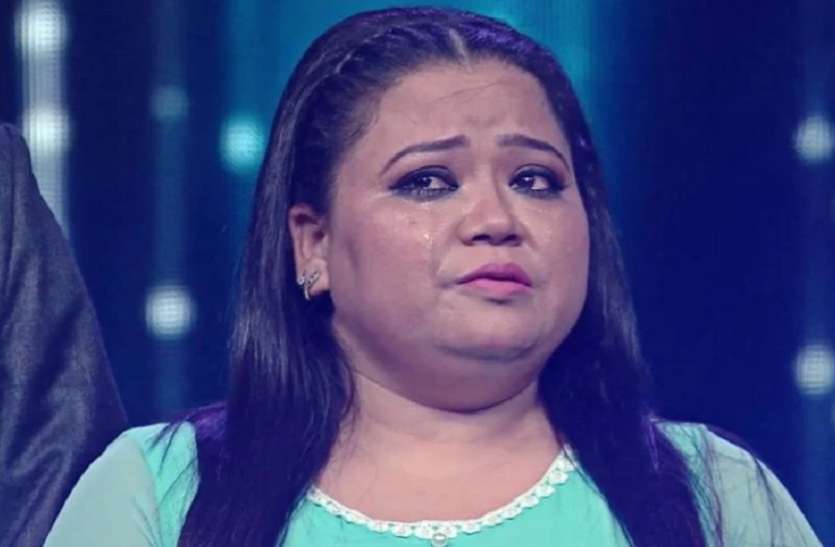 New Delhi. Comedian Bharti Singh has been making people laugh continuously with her special comedy. Entertaining the audience, this actress kept many such secrets in her heart, which has made everyone emotional by revealing it recently. Before this, recently, Maniesh Paul also made many shocking revelations related to his personal life during the chat show, after which everyone was surprised to hear this disclosure made by Bharti.

Bharti Singh told that whenever she used to come to perform on stage, people used to touch her inappropriately. She had earlier told about her poverty to many difficulties being faced in the family. Bharti expressed her pain. While telling that there was a time when she used to take her mother with her in every show. She could not understand the actions taken by people many times. Bharti said, “My mother used to go to shows with me. This was the main reason behind this, people used to touch her inappropriately during the show.

Bharti Singh disclosed this in an interview with Manish Paul. She told how people used to touch her inappropriately when she used to go for the show. However, this was not understood during that time. And they didn’t even know what had happened to them. After this she started taking her mother to every show. Then she could not stay safe even after being always with her mother. Because people used to get Bharti’s mother to work at that time by comforting her that don’t be afraid, she will take care of Bharti. But Bharti was less aware of these things at that time and she did not know who was touching her with what intention. At the same time, Bharti said – “The coordinators who give you money, after that if they rub their hands on your waist. So everyone knows that this is not a good feeling. And even after this, you have to keep silent.

Read More:- To look pregnant, Kriti Sanon increased her weight by 15 kg, had to eat these things even if she was not hungry

Earlier I did not know these gestures – Bharti

Bharti Singh further said in this interview that she could not understand these things at that time. But now she has started to understand those dirty gestures too. And she can raise her voice for this. She said that now she can fight her own battle with herself. He has now got so much courage that now he can ask people where and what they are looking for. Now that earlier pain has become my biggest strength.