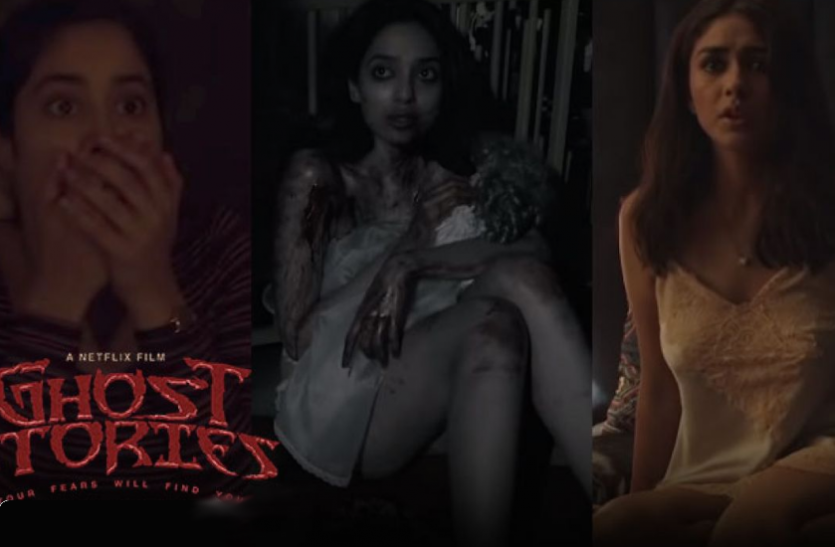 Mumbai. Bollywood filmmaker Anurag Kashyap’s short film ‘Ghost Stories’ has landed in controversy after a year. The film was released on Netflix in 2020. An objection has been lodged on a scene in this film. According to the report, according to the rules of the OTT platform, objections have been made to the scene in which actress Shobhita Dhulipala was seen eating fetus after miscarriage.

‘Fetus shown to eat after miscarriage’
The complainant has said in his objection that in Anurag Kashyap’s short film ‘Ghost Stories’, actress Shobhita Dhulipala is shown eating fetus after miscarriage. According to a report in Mid Day, the complainant has said that there was no need for this scene in the movie. If the producers wanted to include this scene in the film, they should have warned that the woman in the scene went through the pain of miscarriage. The report said that the complaint is to be resolved within 24 hours. A Netflix India spokesperson says that it was a partner managed production. The production company has been informed about this complaint.

It is worth noting that the issue of censorship on the OTT platform was going on for a long time. Many objections were being filed continuously on the content of many web series and films. To solve this, the Ministry of Information and Broadcasting has prepared rules to control the content of OTT platform from this year. It is not long since the new rules came into force.

Also read: There was a ghost in Alaya F’s apartment, strange incidents used to happen, did not want to return there