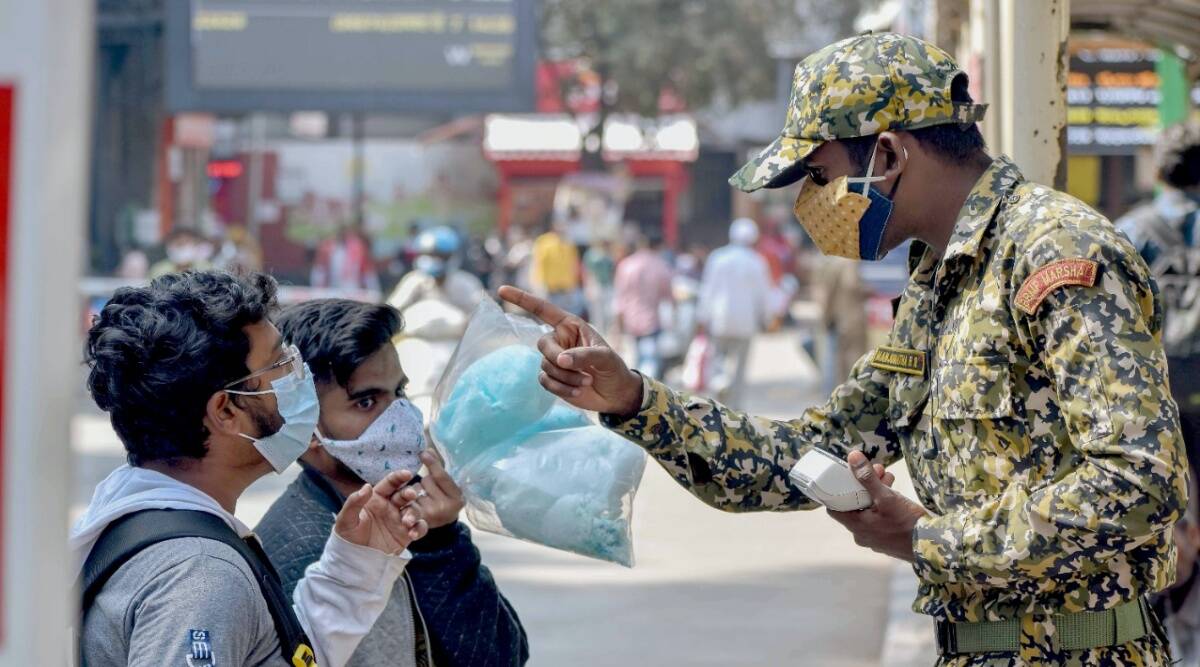 According to the Ministry of Health and Family Welfare, new registration will not be required to take a booster dose of Corona Vaccine. Those who have received two doses of the vaccine can directly make an appointment at any vaccination center.

40,925 cases came in Maharashtra: In Maharashtra too, the cases of corona are increasing at a terrifying pace. On Friday, 40,925 new cases of corona virus were reported in Maharashtra and 20 patients died. Whereas, 14,256 patients were discharged. The number of active cases in the state is 1,41,492. At the same time, cases of Omicron are also increasing in the state. The total cases of Omicron in the state are 876, out of which 435 patients have been cured. Today, 20,971 new Kovid cases and 6 deaths have been registered in the industrial capital of the country, Mumbai. Active cases in Mumbai have gone up to 91,731.

Night curfew in 10 districts of Gujarat: In order to reduce the speed of corona infection in Gujarat, the state government has issued a new guideline. Night curfew will remain in force in Ahmedabad, Surat, Vadodara, Rajkot, Gandhinagar, Junagadh, Jamnagar, Bhavnagar, Anand, Nadiad from 10 pm to 6 am. A maximum of 400 people will be allowed in open for political/social events, weddings and 50 per cent capacity in closed spaces. Shops, spas, shopping complexes, hotels and restaurants will remain open till 10 pm with 75 per cent capacity. Cinema halls, gyms, swimming pools, libraries, etc. will be allowed with 50 per cent capacity. Educational institutions will remain closed till January 31.

READ Also  Even after the face-to-face meeting of Akhilesh-Jayant, there is no consensus on the seats! Do not part ways?

No new registration will have to be done for booster dose: According to the Ministry of Health and Family Welfare, new registration will not be required to take a booster dose of Corona Vaccine. Those who have received two doses of the vaccine can directly make an appointment or walk-in at any of the vaccination centers. According to the ministry, the schedule will be released on January 8. Online appointment will start from tomorrow evening. In addition, vaccination with onsite appointment will be started from January 10.

New guidelines issued in Assam: Today 1167 new Kovid cases have been reported in Assam and 2 people have died. During this, 35,127 samples were tested, while the positivity rate was 3.32 percent. At the same time, in view of the increasing cases of corona, the Assam government has decided to increase the strictness. According to the new instructions, the night curfew time will be from 10 pm to 6 am from January 8. Restaurants, hotels, dhabas and other eateries will operate with 50 per cent capacity.