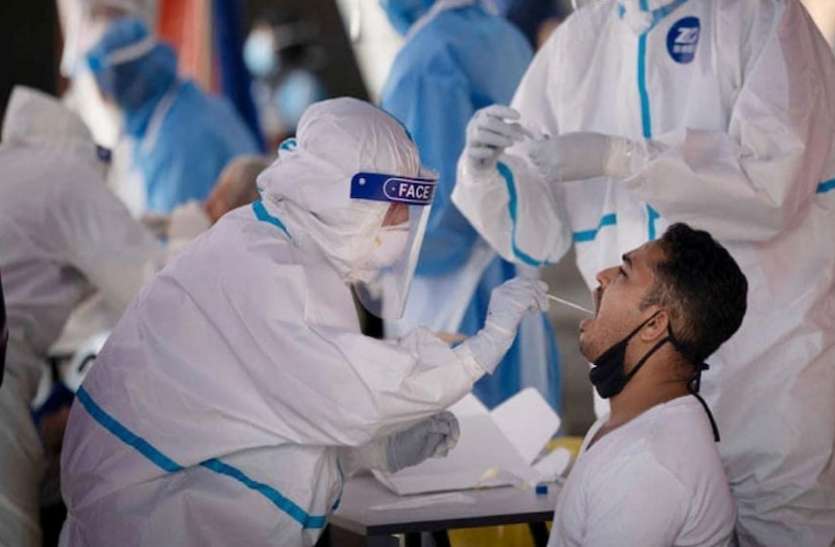 More than 38 thousand new cases of corona have been reported in India in the last 24 hours. During this, more than 43 thousand Kovid patients were cured. 560 people have lost their lives due to this disease.

New Delhi. There is a steady decline in the cases of epidemic corona virus in the country. More than 38 thousand new cases of corona have been reported in India in the last 24 hours. During this, more than 43 thousand Kovid patients were cured. Talking about the death figures, 560 people have lost their lives due to this disease. For the 9th consecutive day, less than 45 thousand cases have come. Earlier on July 7, 45 thousand 701 cases were reported.

The number of active cases continues to decline
According to the data released by the Ministry of Health on Saturday, 38 thousand 079 new cases of corona have been reported in the last 24 hours. Kerala has the highest number of 13,750 cases. There. There have been 7,761 cases in Maharashtra, 2,345 in Andhra, 2,312 in Tamil Nadu and 2,070 in Odisha. During this, 43 thousand 869 patients have been cured. According to the data, so far 3 crore 02 lakh 27 thousand 792 patients have recovered from the corona epidemic across the country. In the last 24 hours, the number of cured patients was more than new cases. The number of active cases in the country continues to decline.

Most deaths in Maharashtra
According to the report, Maharashtra has the highest number of deaths in 24 hours. 167 people lost their lives in Maharashtra. At the same time, 130 people died due to the epidemic in Kerala. However, the recovery rate in India has increased to 97.31%. In the last 24 hours, 36.11 percent cases have been reported in Kerala.

Also read:- Third wave of corona has knocked in the world, more than 100% cases increased in 33 countries

In Uttar Pradesh, 86 people were found infected. 140 people were cured and 6 people died.

15 new cases were reported in Madhya Pradesh. During this 33 were cured.

456 new cases were reported in Mizoram and one patient died.