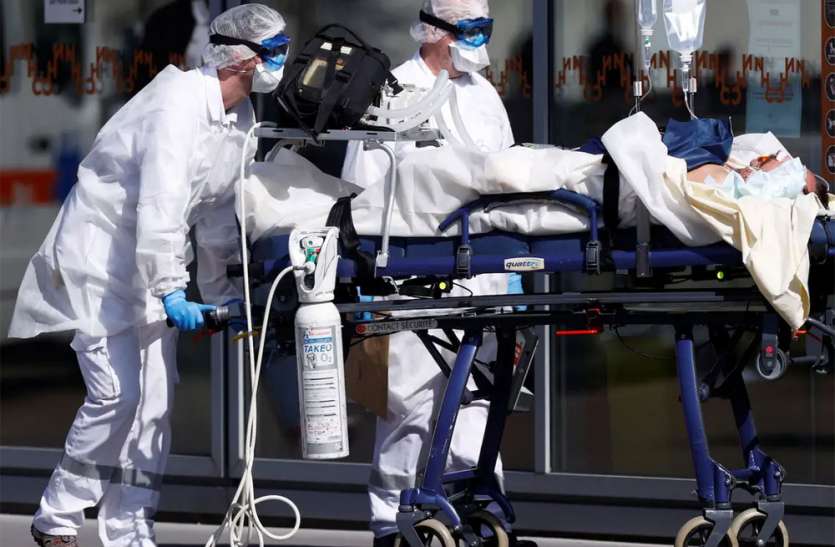 Coronavirus Cases Rising Again In US Within A Few Weeks

Washington. Johns Hopkins University has released the Corona data. According to this, the average number of corona cases per day has increased to 23,600. On June 23, the number was 11,300. Apart from these two states, Maine and South Dakota, the number of new cases of corona virus infection has increased in all states during the past week.

Received at least one dose of Kovid vaccine

Nationally, 55.6 percent of US citizens have received at least one dose of the Kovid vaccine, according to the Centers for Disease Control and Prevention. In the midst of rising cases, there have been requests to make wearing masks mandatory in public places in places like Los Angeles County and St.

According to Chicago, such people coming from Missouri and Arkansas; Those who have not been vaccinated will either have to stay in quarantine for 10 days or show a negative report. Mississippi’s Department of Health has begun blocking Covid-related Facebook posts for accurate information.

Tips for the elderly to stay away from the crowd

The number of people hospitalized in Mississippi has increased by nearly 150 percent in the past three weeks. Citizens 65 years of age and older with serious illness have been advised not to participate in overcrowded indoor events.

read this also: More than 3 million cases of corona virus within a week worldwide, increased risk in Brazil and India

Things are much better now

Recently, there has been a great increase in new cases of corona. Despite this, the situation is much better than in January. During this time, about two and a half lakh cases had reached daily. During this more than 3400 people were dying. But now in America this figure is below 260.