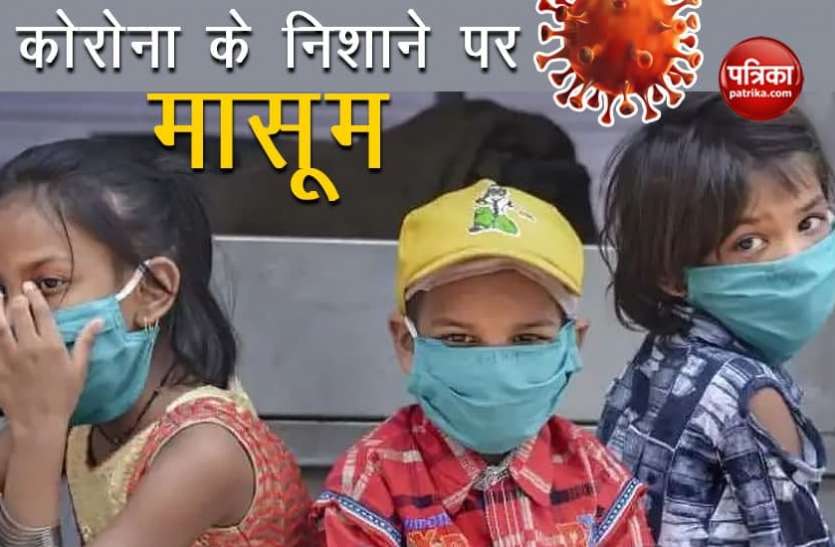 Coronavirus infection on spread in children in High Vaccinated Countries

The danger that was being feared about the corona virus is now visible, where there is rapid vaccination of adults, now children are becoming victims.

New Delhi. In the midst of the coronavirus crisis, what was being feared, the same danger has started appearing. Innocent people are also coming under the grip of corona virus. According to the latest study, corona infection in children has started increasing in countries where adults are being vaccinated rapidly.

This is the reason why medical scientists have warned that the strategy of vaccination of children should be started as soon as possible.

This was revealed in the report
In a research report published in the prestigious magazine Nature, it has been revealed that in countries where adults have been vaccinated on most of the population, children have come under the target of corona.

Experts believe that due to both the vaccines being given to adults, they have become a protective shield, in such a situation, this virus is affecting children and adolescents. According to the report of Nature, this type of trend has started appearing in America and Britain as well.

Corona spreading rapidly in Israel
Israel, which was once mask-free, is once again in the grip of Corona. In June, the daily corona infection cases here were less than a dozen, but now it is more than 100 per day.

Also read: The danger of corona is increasing rapidly in these states of the country, PM Modi took a big decision

Covaccine is currently being tried at different centers in the country on children aged 2 to 18 years. Its results can come by September. Approval for its emergency use can come in July itself.

What do experts say
According to University of California Berkeley expert Joshua Goldstein, all countries will have to change their vaccination strategy. It is clear from these figures that cases of infection in children are increasing.

Similarly, according to expert Nick Bendley of the European Center for Disease Prevention and Control Stockholm, the risk of serious infection of corona in children is very low. Still, children need to be vaccinated.