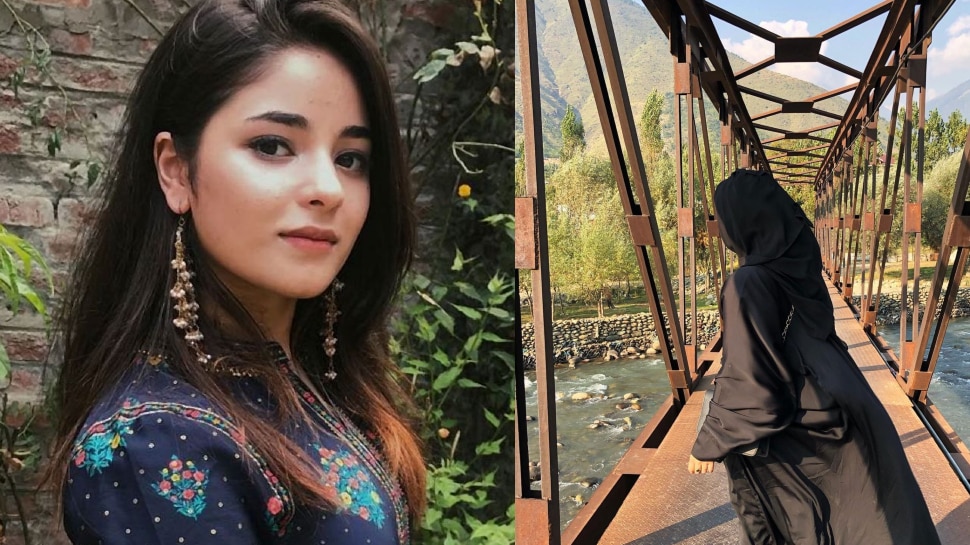 New Delhi: You must have known ‘Dangal Girl’ Zaira Wasim. The actress had made a big identity in a very short time with her superb acting. But the actress turned away from the glare of Bollywood in a very short time and took the path of spirituality. Although Zaira is active on social media, but for the first time after leaving Bollywood, she has shared a photo of herself.

Zaira was seen in a burqa

On 30 June 2019, Zaira Wasim announced to leave Bollywood forever. Now after a long time, the actress has shared a photo of herself on social media for her fans. After leaving the cinema, Zaira had deleted all her photos from social media. Now in the latest picture of Zaira Wasim, she is seen walking on a bridge. In this particular photo, Zaira is seen wearing a burqa. In this photo, water is also seen flowing below.

However, even in this photo, the fans have longed to see the face of Zaira Wasim. She is seen in this photo with her back towards the camera, due to which her face is not visible. He captioned the picture, ‘The warm October sun.’ As soon as this photo of Zaira is shared, it has been covered on social media. Fans are fiercely raining likes and comments on this photo of the former actress.

Sharing the post, former actress Zaira Wasim wrote that five years ago, I took a decision, which changed my life. As soon as I stepped into Bollywood, it opened doors of popularity for me. Now that I have completed 5 years today and I want to admit that I am not really happy with this identity i.e. my work. This field has really given me a lot of love, support and appreciation but it It also worked to lead me on the path of ignorance, as I silently and unknowingly wandered out of ‘Imaan’.