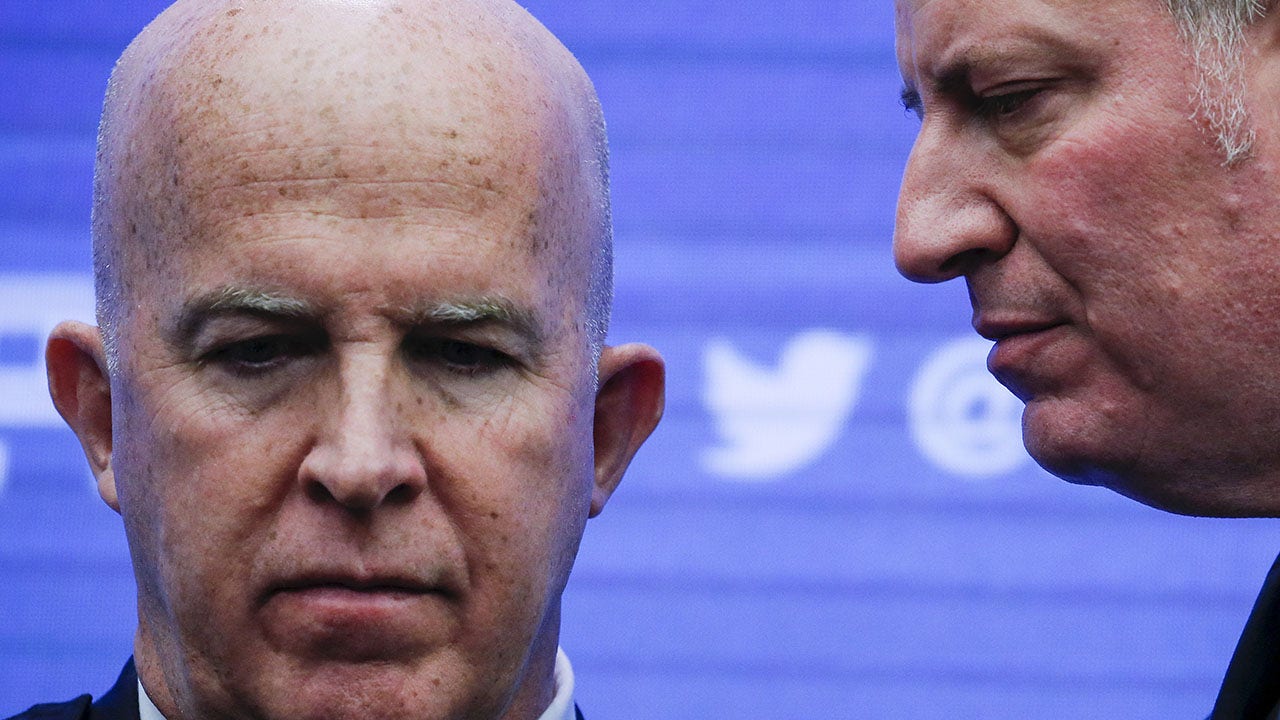 Details of how the new emails cited as part of an ongoing discrimination case filed against former Chief of Community Affairs Joan Jaff in the Southern District of New York influenced the decision of NYPD workers in early 2017 by De Blasio and former First Lady Chiralene McCrae. Protests and anti-police riots began before George Floyd’s 2020 death.

According to a revised allegation received by the NY Daily News, de Blasio wrote in an email to then-Commissioner James O’Neill that he was concerned that the retirement of Carlos Gomez, head of the Cuban Department of Cuban descent, in 2017 “would only increase demographic tensions in the city.”

Jeff, along with Chief of Citywide Operations Thomas Portel, Chief of Personnel Diane Peugeot, and Chief of Transit Joseph Fox, were ordered to retire in January 2018 as part of the De Blasio administration’s efforts. NYPD location.

The allegations say the new emails show “a brutal public relations move that puts de Blasio’s political interests and the welfare of dedicated NYPD civilians ahead of the law”.

Allegedly, De Blasio and his wife, Jaff, had a personal interview a few months before the transplant that he realized he was being pushed. Email show de Blasio insists in a press release that Nilda Hoffman will take over as head of campus security, including her first name, Erizari, to emphasize her Latino heritage, although she hasn’t used it since she got married two decades ago.

McCrae pressured then-Deputy Chief Rodney Harrison to replace Gomez because he was black, but O’Neill named Terrence Monahan as the new head of the department, and Harrison then served as Monahan’s former chief of patrol.

“What they did was immoral,” Fox told the NY Daily News on Friday. “The mayor increasingly shook the staff’s decision eight years later. It just so happened that you can’t promote deputy inspectors without checking with City Hall. But there was no explanation, no footnote, no press release saying why we need to do this.” . “