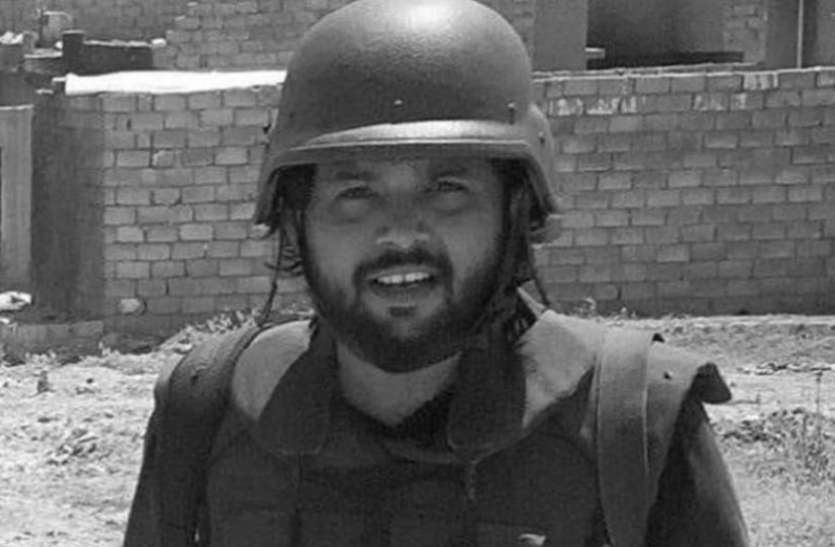 Danish Siddiqui was killed in an attack carried out by the Taliban while covering a clash between the army and the Taliban in the Spin Boldak area of ​​Kandahar.

New Delhi. The body of Indian journalist Danish Siddiqui, who was killed while reporting in Afghanistan, will be brought to India this evening. He was shot and killed by Taliban fighters during a conflict. According to media reports, his body was handed over by the Taliban to the International Red Cross Committee (ICRC). This information was also given to the Government of India, after which the Indian authorities started the process of bringing his dead body back to India. Danish Siddiqui’s name was included in the top photojournalists of the world.

He was covering the war in Afghanistan between the Taliban and the Afghan army for an international news agency. Meanwhile, he was killed in an attack carried out by the Taliban on 16 July while covering a clash between the army and the Taliban in the Spin Boldak area of ​​Kandahar. He was in their vehicle with Afghan security forces.

America expressed grief
Expressing grief over his death, US State Department spokeswoman Jalina Porter said Siddiqui was known for his work. He used to bring out human faces through his photos and reveal the hidden emotions in them. He said that Siddiqui’s death is a big loss for the whole world. He also appealed to the Taliban to stop the violence and said that the progress in Afghanistan can be done through mutual dialogue.

CPJ Asia Program coordinator Steve Butler also expressed grief over his death, saying that Danish Siddiqui’s death is a sad event, even if America and its allies withdraw their troops from Afghanistan, but the journalists will continue their work. He appealed to the Taliban, saying that Taliban fighters should also take responsibility for the safety of journalists.

The Taliban also expressed grief over his death, saying that the Taliban was not involved in his killing. However, according to Afghan security forces, Danish was killed by Taliban fighters.

Videos of the attack were shared on Twitter before the death
Danish Siddiqui was actively covering the war that broke out between the Afghan army and the Taliban in Afghanistan. During this he was with the Afghan security forces. He also shared some videos of the attacks on his convoy on the microblogging website.

The Humvee in which I was traveling with other special forces was also targeted by at least 3 RPG rounds and other weapons. I was lucky to be safe and capture the visual of one of the rockets hitting the armor plate overhead. pic.twitter.com/wipJmmtupp

Rocket propelled grenades (RPG) and other heavy weapons were used by the Taliban against the convoy resulting in the destruction of 3 Humvees. Gunners atop the Humvees swiveled wildly, aiming fire at suspected Taliban fighters who were hard to see. pic.twitter.com/tLppGPrcfL

Such was the life journey of Danish
Danish’s father Prof. Akhtar Siddiqui had retired as the Dean of the Faculty of Education at Jamia Millia Islamia. Danish’s childhood was also spent here. Growing up, he was inclined towards photography and started studying in journalism. He obtained his Masters degree in Mass Communication from Jamia Millia in the year 2005-2007 and started his career as a TV News Correspondent. After this he joined an international news agency.