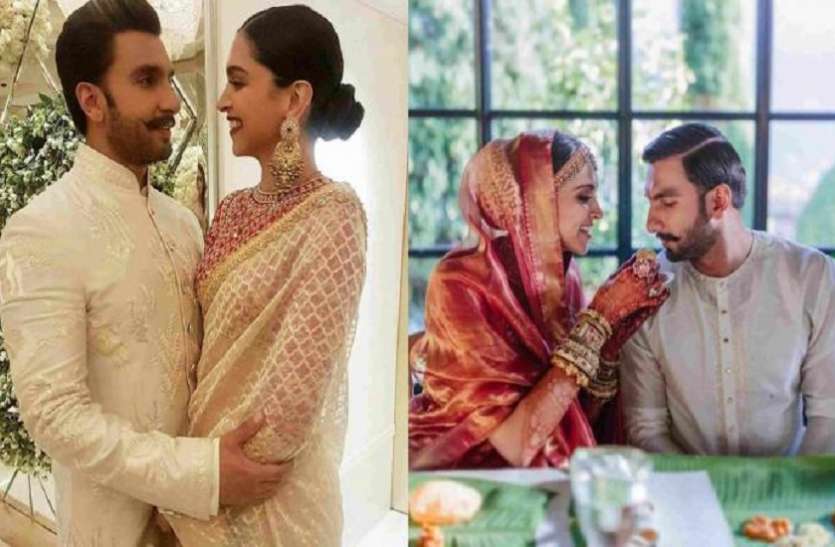 New Delhi. Bollywood actress Deepika Padukone is counted among the top actresses today. Deepika, who made her Bollywood debut with the film Om Shanti Om, has achieved a big position in the industry on her own. Today he has many superhit films to his name. In such a situation, she is also included in the highest paid actress of Bollywood. Apart from professional life, Deepika also remains in limelight due to her personal life. She married Ranveer Singh in the year 2018. So let us tell you an anecdote related to his marriage today-

Keeping the marriage secret was quite challenging
Deepika Padukone and Ranveer Singh met on the sets of ‘Goliyon Ki Rasleela: Ramleela’. Both fell in love with each other during the shooting of the film. The two dated for six years and got married in the year 2018. But keeping the marriage a secret was a difficult task. Both gave the responsibility of their wedding dress to the famous fashion designer Sabyasachi Mukherjee. The preparations for the wedding had started several months back. But no one was aware of it. Because to keep the marriage a secret, Deepika even changed her name.

The biggest problem in the trial of lehenga
The preparations for Deepika and Ranveer’s wedding had already started six months ago. Both wore Sabyasachi outfits at the wedding. But before marriage, he had to go to Sabyasachi many times for the trial of the lehenga. In such a situation, the matter of their marriage could have come in front of everyone. In an interview to ‘Business of Fashion’, Sabyasachi had told that only a few staff members of his store in Mumbai knew that Deepika comes for her wedding outfit.