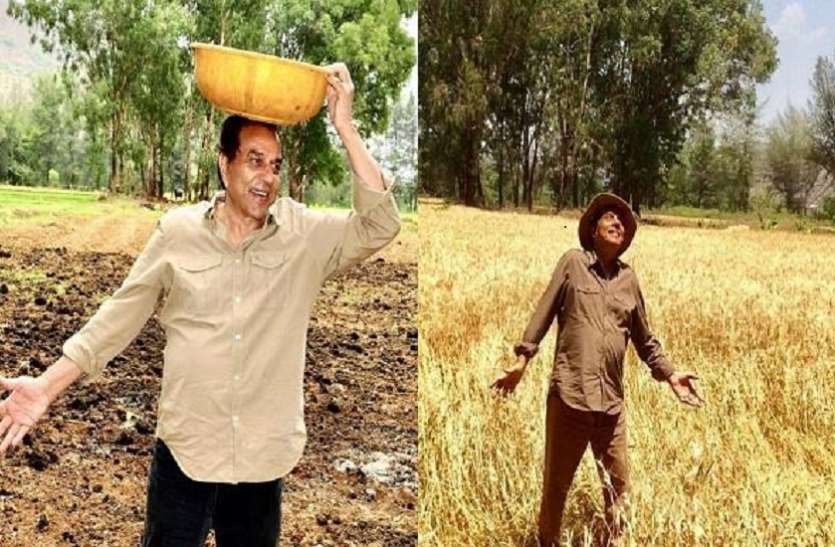 There is a waterfall and a lake in the farmhouse

There is a beautiful flowing waterfall and lake at Dharmendra’s farmhouse.

Dharmendra’s farmhouse is in Lonavala

This farmhouse of Dharmendra is located in Lonavala near Mumbai. The actor has a lot of cows and buffaloes in the farmhouse.

It is said that this farmhouse of Dharmendra is spread over 1000 feet.

Ever since the lockdown happened. Since then Dharmendra has been living at his farmhouse. Where he spent his leisure time with himself.

Also read- Dharmendra had turned red in anger due to a mischief of Sunny Deol, had beaten up his son fiercely

Buffaloes are on the farmhouse

In an interview given to a magazine, Dharmendra had said that he is a Jat and Jat loves land and fields. Dharmendra had told that there are some buffaloes also at his farmhouse.

do organic farming at farmhouse

In an interview, the actor had said that he spends most of his time at the farmhouse in Lonaval. Where he prefers to do organic farming. Dharmendra had told that he grows rice at his farmhouse.

This is the farmhouse of Dharmendra. It is between a mountain and a waterfall. There is greenery all around them. There is a lake in front of the farmhouse. Which is about 1000 feet deep.

Mangoes are plucked from the garden

Dharmendra’s farmhouse has a garden named Rock Garden. Where the actor has often been seen plucking mangoes.

The video was shared while doing aerobics in the swimming pool