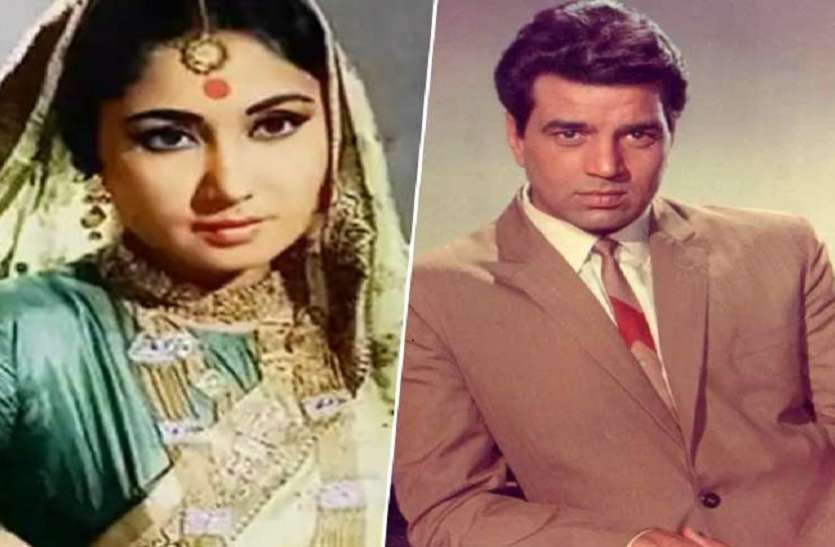 New Delhi. Superstar Dharmendra of his time was known for his excellent acting as well as his beauty. His female fan flow was quite strong. Even actresses used to die on him. Dharmendra used to be in the headlines for his films. Equally, he used to dominate the industry about his affairs. Although the stories of Dharmendra’s love story with actress Hema Malini are not hidden from anyone in the industry, but do you know that Dharmendra wanted famous actress Meena Kumari before Hema Malini. Let us tell you about this love story of Dharmendra and Meena Kumari.

The person told Dharmendra that as soon as he goes to Meena Kumari, he should hold her feet, because he will not be able to stand before her. But when Meena Kumari met Dharmendra, he spoke very well.

Meena Kumari was such a good actress. She was also a good human being. On the other hand Dharmendra could not hide himself trying to adjust with Meena Kumari and Meena Kumari understood this. During the shoot, she used to first explain to Dharmendra and then shoot. This is the reason why it is said that Dharmendra reached his position in the industry only because of Meena Kumari. Dharmendra had also accepted this in an interview.

It is said that when Dharmendra came into Meena Kumari’s life, Meena Kumari was going through a bad time. Meena Kumari, who was looking for love, could not be found, but she got support from Dharmendra. Meena Kumari’s proximity with Dharmendra increased so much that she felt good by keeping her head on his shoulder. Meena Kumari had secretly married Kamal Amrohi, but after a year, tension started between the two and she separated from him.

Also read- Dharmendra became emotional after seeing Indian cricketer Siraj at his father’s grave, tweeted and said- ‘Proud of you’

Slowly, discussions about Dharmendra and Meena Kumari’s love started flying in the industry. It is said that once Dharmendra was seen on the terrace with Meena Kumari. He had come in front of the media wearing a lungi. At the same time, Meena Kumari had Takiya in her hands. When this picture of both was published in the newspaper, there was a ruckus. The news of Meena Kumari and Dharmendra’s affair started coming out in the industry, but both of them never openly talked about their relationship.