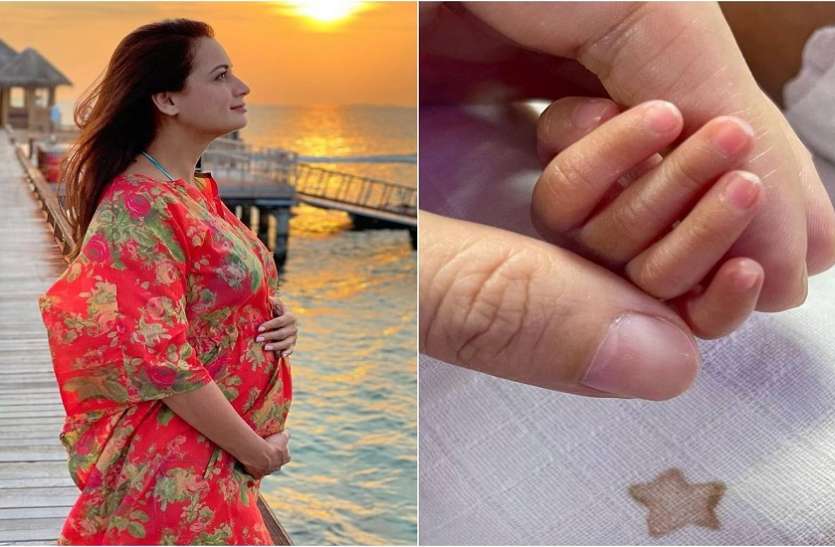 New Delhi. Bollywood actress Dia Mirza remains in the headlines every day. More than films, she remains in the discussion due to her personal life. On February 15 this year, Diya married her boyfriend Vaibhav Rekhi. Their wedding pictures became fiercely viral on social media. After this, when Diya went on her honeymoon, she surprised everyone by giving information about her pregnancy. She shared her photo with baby bump and told that she told that she is going to be a mother soon. Now Diya has given birth to a son.

Son born two months ago
But the shocking thing is that she gave birth to son Avyan Azad Rekhi two months back. But after that she was going through very difficult situations. The actress told that the child was born prematurely, due to which he was admitted to the ICU. In such a situation, the last two months were very difficult for her and her husband.

Admitted in ICU since birth
Dia has shared a photo from her Instagram account. In the photo, she is seen holding her son’s hand. Along with this photo, he wrote, ‘According to a saying by Elizabeth Stone – bringing a child into your life means you have decided that your heart is moving outside your body’. These words are perfect to describe my and Vaibhav’s feelings. Our heartbeat, our son Avyan Azad Rekhi was born on 14th May. Our son arrived early and since then nurses and doctors were taking care of him in the ICU.

life was in danger
After this, Dia wrote, ‘I suddenly had an operation during my pregnancy, which increased my risk of serious infection ‘sepsis’. It also threatened my life. But thankfully, timely care and intervention by our doctor led to the safe birth of our baby via emergency C-section. After this, Diya says that I have learned a lot from my little life that one should not be afraid in any situation. Avyan will come home soon. Her elder sister and grand parents are eagerly waiting to adopt her. Thank you so much for all your love, care and trust’.