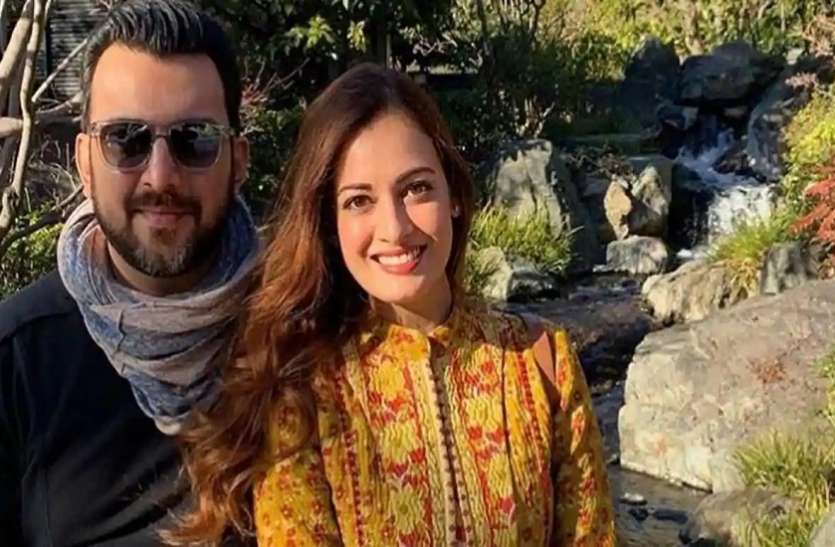 New Delhi. Bollywood actress Dia Mirza is in the headlines these days. In the same year, she married Vaibhav Rekhi for the second time and after a few days of marriage, she gave the good news of her pregnancy to the fans. Now recently Dia revealed that she gave birth to a son in May. After which all the celebs and fans of Bollywood congratulated him. Now Diya has come into the limelight due to her ex-husband.

Birthday wish done in a special way
Actually, Dia Mirza has congratulated her ex-husband Sahil Sangha on his birthday. Sahil celebrates his birthday on 16th July. In such a situation, he wished them in a special way. Dia shared a photo of Sahil from her Instagram story. “Happy Birthday Little.” Along with this, he has also used heart, hug and tiger emoji. In the picture shared by Diya, Sahil is seen sitting on the bonnet of a car wearing a brown jacket and big pants.

11 year old relationship ended
Dia Mirza married her long time boyfriend and business partner Sahil Sangha in the year 2014. Before marriage, the two dated each other for six years. But the marriage of both did not last long and in the year 2019 they decided to separate. Both had announced their divorce through social media. Diya had written that after living with each other for 11 years, both of them have decided to part ways with mutual consent. They told that they will remain good friends even after divorce and will always respect each other.

Married to Vaibhav Rekhi this year
After divorce from Sahil Sangha, Diya married businessman Vaibhav Rekhi this year. Vaibhav was also divorced. After marriage, both went to Maldives on honeymoon. From here, Diya had good news of her pregnancy. After this, on May 14, she gave birth to son Avyan. But he kept this news a secret for two months as his son was born prematurely. In such a situation, he was admitted in ICU only after birth.